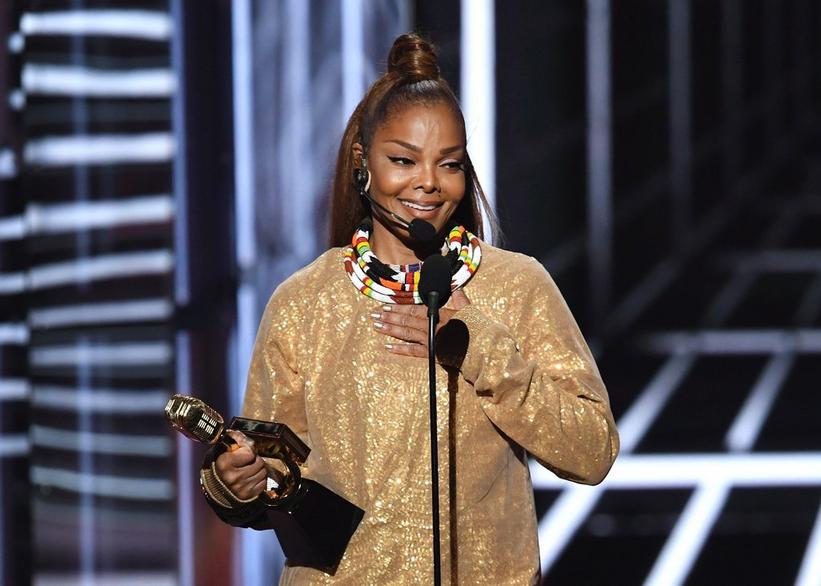 The stars were out last night in Sin City for the 2018 Billboard Music Awards. Hosted by Kelly Clarkson, the evening included memorable performances by BTS, Ariana Grande, Shawn Mendes, Salt-N-Pepa, and Janet Jackson, who received the Billboard Icon Award.

The show began with a heartfelt message from host Kelly Clarkson calling for a "moment of action" in the wake the tragic school shooting on May 18 in Santa Fe, Texas. Ariana Grande delivered the first performance of the night with her latest single, "No Tears Left To Cry." The first award dished out, Top New Artist, went to a very excited Khalid, who encouraged his fellow youth to stay positive and shouted out his hometown of El Paso, Texas.

"I want to thank all the female artists who have paved the way for us to get to do what we do the way we get to do it," said Swift. "All the new artists, the new female artists, who are killing it out there right now, we're so inspired by you. And a shout-out to the future female artists who just picked up a guitar or learned how play the piano, and to the fans who care about the music that we make. Thank you so much."

Top Social Artist went to Korean pop sensations BTS for the second straight year. The group also performed their new single "Fake Love" from their album Love Yourself: Tear, which dropped last Friday, May 18. In addition to their award, BTS continuously received the loudest reception of screams from fans at the MGM Grand, and a photo from their backstage meeting with Taylor Swift set social media ablaze.

But the evening's biggest honor belonged to R&B/pop legend Janet Jackson, who became the first African-American woman to receive the Billboard Icon Award. Jackson also performed for the first time on television in nearly a decade, singing her hits "Nasty," "If," and "Throb" before the star-studded audience.

Other notable performances included Maren Morris and Zedd's "The Middle," Camila Cabello with Pharrell Williams doing their new duet "Sangria Wine," and Shawn Mendez joining Khalid and Majority Stoneman Douglas Student Choir for the moving version of their new song, "Youth." The show closed with Salt-N-Pepa reuniting for a medley of hits, including "Shoop," "Let's Talk About Sex," and "Push It" before bringing out En Vouge for "Whatta Man."