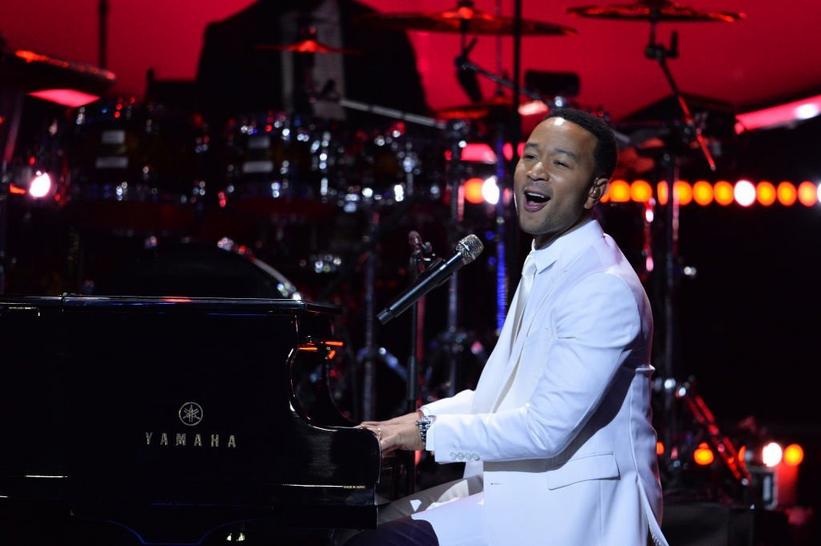 How Music Is Uniting People During The Coronavirus Quarantine

As the music industry faces cancellations and postponements across the board, Ultra music fest and artists from all over the world like Alejandro Sanz and Juanes take performances online

As people cope with the new normal the coronavirus (COVID-19) has brought all over the world, artists and music entities are doing what they can to ensure that fans can still experience music without leaving their house.

John Legend is the latest musician to announce a streaming concert fans can enjoy at home. The GRAMMY-winning singer/songwriter will go live on his Instagram at 1 p.m. PT. The announcement came after Chris Martin played his own show online.

On Monday, March 16, Ultra, which canceled its 2020 electronic music festival edition in Miami on March 6, announced it would keep its live music experience spirit alive with a radio channel in partnership with SiriusXM. Beginning March 20, the Ultra Virtual Audio Festival on UMF Radio will broadcast exclusive DJ sets from artists who were originally booked to play the fest, including Armin van Buuren, Major Lazer, Afrojack, Above & Beyond, Martin Garrix and more.

SiriusXM President and Chief Content Officer Scott Greenstein said the decision was made to bring people together during a time they are being asked to practice social distancing.

“With the postponement of beloved events, necessary changes in people’s everyday life, and need for social distancing, we know our listeners are seeking a sense of community more than ever,” Greenstein said in a statement.

The weekend broadcast will end March 23 and will also feature past Ultra DJ sets from Marshmello, the Chainsmokers, Kygo and more.

The music industry has been one area massively affected by the novel coronavirus on a global scale. In the last few weeks, other major music events including Coachella, Stagecoach, SXSW and Lollapalooza Agrentina also announced their postponement or cancellation due to concerns over virus spread. As the virus escalates—as of March 16 11:53 a.m., there are 3,813 cases of the novel coronavirus and 66 deaths in the United States, according to the Washington Post—leaders all over the world have ordered or asked citizens to practice social distancing. Currently, countries like Spain and Italy are under respective lockdowns.

The circumstances have essentially halted live music, but artists are finding ways around that roadblock by taking the live music experience online.

In Austin, a Selena tribute band Bidi Bidi Banda held a concert on Facebook live on Sunday, March 15, after having to postpone live shows. The band made sure to bring some levity amid challenging times. "Our first 100% sterile show. Live from Austin, TX!" they joked in the live-streamed post.

The band played some of the late Tejana icon's most memorable songs, including " La Carcacha" and "Como La Flor." "We hope to be in all of your towns very soon," they said in between songs. "We're going to keep going."

Meanwhile, GRAMMY-winning singers Alejandro Sanz and Juanes joined forces after they both had to postpone show dates. They gathered in Miami and sang "Burbujas De Amor" by iconic Dominican singer Juan Luis Guerra and other songs during their Alejandro Sanz & Juanes: El Gira Se Queda En Casa Para Todos (or, "The Tour Stays At Home" performance), which they chose to stream during a time they could reach fans in Europe, Latin America and the U.S.

"No empty space exists, if there is music. We're ready here. Are you?" Sanz tweeted before the show streaming.

Miles away, independent artists are holding their own concerts for people at home to watch in Sanz's home country of Spain, which is reported as the second epicenter in Europe after Italy with over 9,000 cases after an overnight surge and over 200 deaths.

To make the best of show cancellations and setbacks from other music happenings, such as album release dates, Cuarentena Fest, or "quarantine fest," announced over 51 artists in the country will stream 30-minute concerts beginning Monday, March 16. The performances will go through March 27.

Organizers highlighted the independent scene's role through these unprecedented times in a statement:

"A confinement and a crisis that have meant the cancellation of hundreds of shows and cultural events in the country and abroad, and have radically chopped the plans of many bands. Live shows, album premieres, meetings with fans, tours and other events, everything has been postponed until the situation is resolved.

It is an extraordinary moment for everyone and we are fully conscious of our responsibility as an active part of the community. This is why we have gathered so the music doesn’t stop and reaches as many homes as possible, making the most of the tools the technology brings us."

In Italy, the European country most severely hit by COVID-19 with over 24,000 cases and almost 2,000 deaths, residents face essential house arrest. Italians have turned to music, among other things, to share a moment of happiness and hope. People have gone out to their balconies, windows and rooftops to sing the Italian national anthem at 6 p.m. local time. On Sunday, singer Fedez, along with his wife fashion influencer Chiara Ferragni, had an audience of 1.2 million on Instagram as they sang songs by GRAMMY-winning singer Domenico Modugno, Adriano Celentano, Rino Gaetano, their own version of the Italian national anthem as well as Fedez' "Magnifico."

Everyday at 6pm you’ll find us at the window singing our “Inno d’Italia”. It has probably became my favorite time of the day: a moment that brings us all italians together and make us feel like we’re all one great community. Thanks life for giving us hope and for giving us love, for making us understand once again how lucky we are. I’ll try to give back all the love that I have in me to this world in this moment of need

"Everyday at 6pm you’ll find us at the window singing our “Inno d’Italia”. It has probably [become] my favorite time of the day: a moment that brings us all italians together and make us feel like we’re all one great community."