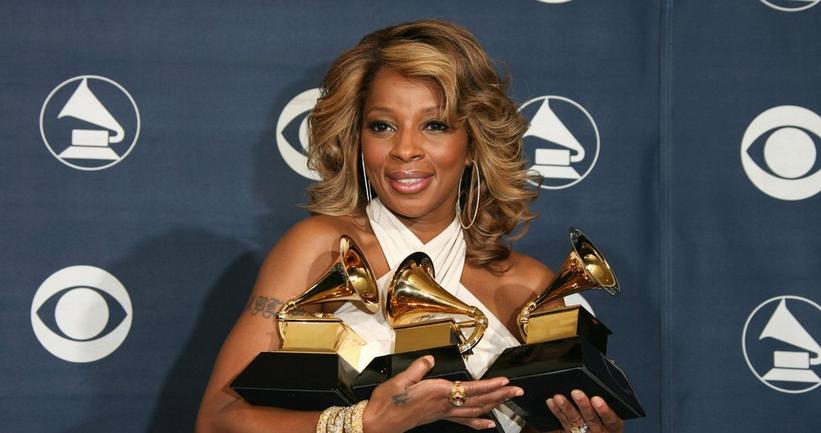 For the latest episode of GRAMMY Rewind (watch in full below), witness nine-time GRAMMY winner Mary J. Blige shine as she accepts her Best R&B Album win at the 49th GRAMMY Awards in 2007 for The Breakthrough. The award was presented by the Black Eyed Peas, including Fergie, who held Blige's clutch like any good girlfriend would.

"I want to thank God for this album, and this award for this album," the "Family Affair" artist said while holding back tears. She looked glamorous in a golden rhinestone encrusted gown and cascading diamond earrings to match.

That evening, the "Real Love" singer was nominated for eight GRAMMYs and won three, with her classic slow jam "Be Without You" earning Best R&B Song and Best Female R&B Vocal Performance.

The Breakthrough is her seventh studio album—and the first to win a GRAMMY—and was released in 2005. She won her very first GRAMMY with Method Man at the 38th GRAMMY Awards for their vibey 1995 collab, "I'll Be There For You / You're All I Need To Get By." She won her first solo GRAMMY for Best Female R&B Vocal Performance in 2003 for "He Think I Don't Know," from her GRAMMY-nominated fifth studio album, No More Drama. 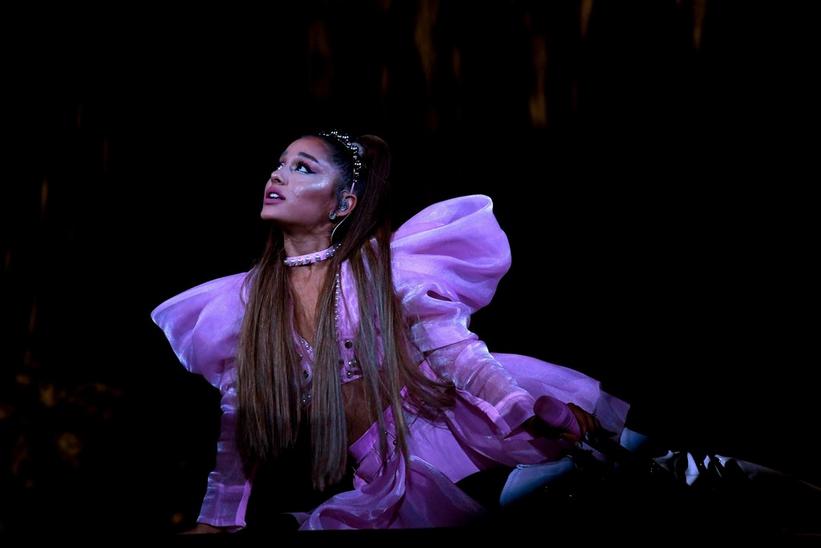 "Ariana Grande's generous donation comes at a critical time—in Georgia and across the country, anti-women's health politicians are trying to ban all safe, legal abortion," Dr. Leana Wen, President of Planned Parenthood, said in a statement

Today, Planned Parenthood confirmed that GRAMMY winner Ariana Grande has donated the proceeds from her June 8 concert in Atlanta, around $250,000, to the reproductive health non-profit. The contribution follows several Southern states, including Georgia, passing restrictive anti-abortion bills in May.

This is incredible, @arianagrande — thank you!

"Ariana Grande's generous donation comes at a critical time—in Georgia and across the country, anti-women's health politicians are trying to ban all safe, legal abortion," Dr. Leana Wen, President of Planned Parenthood, said in a statement to People, who broke the news.

Wen, who is a medical doctor and the former Baltimore City Health Commissioner, spoke to the critical timing of Grande's donation, at a time when lawmakers are rolling back years of women's rights legislation:

"This is not what the American people want, nor is it something they'll stand for. Thanks to inspiring support like hers, Planned Parenthood can continue to fight back—in the courts, in Congress, in state houses, and in the streets—against these dangerous attacks on people's health and lives. We are so grateful to Ariana for her longstanding commitment to supporting women's rights and standing with Planned Parenthood to defend access to reproductive health care. We won't stop fighting—no matter what."

As People and other outlets point out, the donation follows the singer's response to hate speech made outside of the Atlanta concert. Ari fans tweeted a video of a protester outside of the venue making homophobic, sexist and racist comments over a P.A. system to the young women. Grande commented on the post, writing: "man... saddened but not surprised by this one bit. I'm so sorry any of my fans had to encounter this. we will do our best to ensure this doesn't happen again. proud of u all for not fighting / engaging violently. never worth it. wishing him peace & a healed heart cause girl yikes."

The Atlanta show was one of the stops on the pop star's Sweetener World Tour, which continues across North America until mid-July, after which she'll headline Lollapalooza on Aug. 4, then take the tour across the pond to London on Aug. 17 for its European leg.