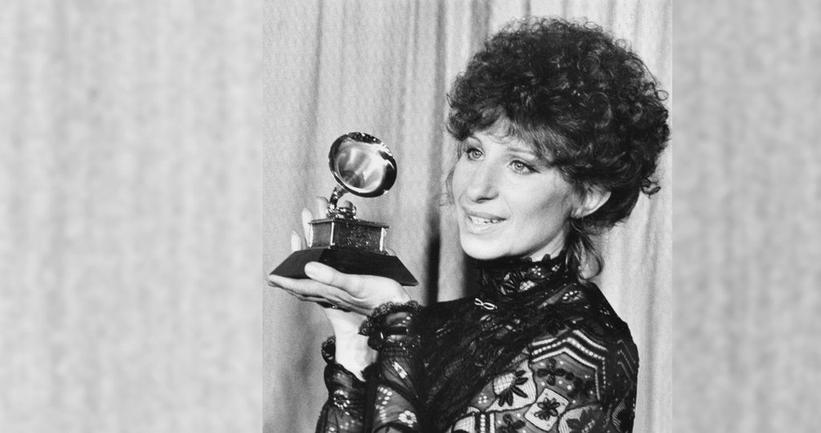 Barbra Streisand at the 1978 GRAMMYs

GRAMMY Rewind: Watch Barbra Streisand Win A GRAMMY For 'A Star Is Born'

Long before Lady Gaga stole our hearts as Ally in A Star Is Born (2018), another eternal pop queen/actor, Barbra Streisand, won over audiences—and the Recording Academy voting members—with her lead role in the 1976 film of the same name.

Today, April 24, we celebrate the Oscar- and GRAMMY-winning Funny Girl's birthday by taking a look back at her 1978 GRAMMY wins for the film's No. 1 single, "Love Theme From A Star Is Born (Evergreen)." Watch her star in the latest episode of GRAMMY Rewind below and read on to learn more about her two wins that evening for the "Shallow" of the '70s.

"Actually, I'm really surprised, I really am. It's funny, you know, I know I've won four GRAMMYs, but I didn't remember for what because it was such a long time ago," she says with her infectious smile and a shake of her head. It's just such a knockout to me to win one of these again. I really want to thank you all, thank you I love you too."

That evening, she also earned a sixth golden gramophone, as "Love Theme From A Star Is Born (Evergreen)" also won the coveted Song Of The Year award. She co-wrote the hit ballad with songwriter/composer/actor Paul Williams for the film and it's hit soundtrack. It also won Best Original Song at the 1977 Oscars, making Streisand the first woman to win an Oscar as a composer. The film also won four Golden Globes in 1977, including Best Motion Picture, Musical Or Comedy and Best Actress, Musical Or Comedy, the latter for its loveable star.

The GRAMMY-nominated A Star Is Born soundtrack was massively successful, led by the acclaim of the film and the award-winning track, coming in at No. 3 on the year-end Billboard album chart. It was only two behind timeless LPs; Fleetwood Mac's Rumours and Stevie Wonder's Songs In The Key Of Life.

To date, the Brooklyn-born vocal powerhouse has won eight GRAMMYs, plus the Recording Academy's Lifetime Achievement Award in 1995 and GRAMMY Legend Award in 1992.

She earned her first GRAMMY nominations and wins in 1964 at the 6th GRAMMY Awards, taking home two trophies (Album Of The Year and Best Female Vocal Performance) for her debut project, The Barbra Streisand Album.

Lizzo Talks Creative Process, Standing Out In The Music Industry & More With GRAMMY U | Up Close & Personal