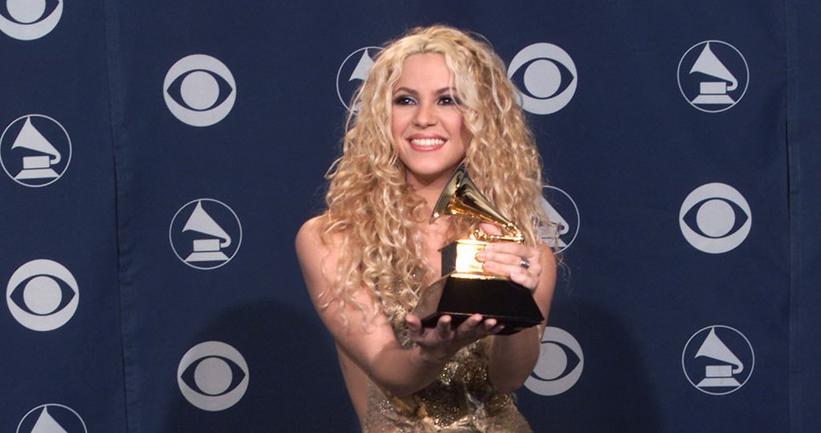 "Everything I do… is dedicated to my country, Colombia. That in spite of our tough reality, we keep our spirit joyful and alive," Shakira declared in her acceptance speech

For the latest episode of GRAMMY Rewind, GRAMMY.com celebrates legendary Latin pop reina Shakira's birthday (Feb. 2) by traveling back to 2001 when she won her first-ever GRAMMY.

"Everything I do…is dedicated to my country, Colombia. That in spite of our tough reality, we keep our spirit joyful and alive," Shakira said in her acceptance speech.

The live album was also nominated for Album Of The Year at the 1st Latin GRAMMY Awards in 2000, where she won her first two Latin GRAMMYs (for "Octavo Día" and "Ojos Así"). She received her first GRAMMY nomination at the 41st GRAMMY Awards, for her fourth album, Dónde Están los Ladrones? 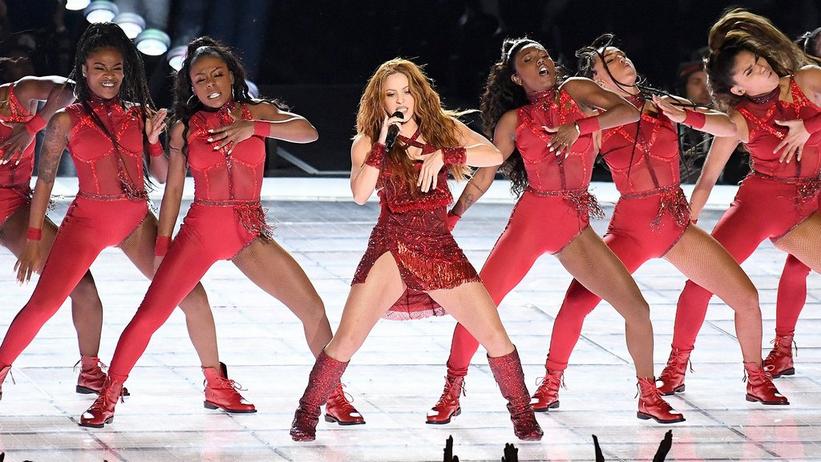 Visitors can see the exhibit on display in downtown Los Angeles at the Museum's permanent Latin Music Gallery.

A multi-GRAMMY-winning and Latin GRAMMY Award-winning artist, Shakira has sold more than 85 million records worldwide and has won numerous awards in addition to those from the Recording Academy. Her albums and releases consistently break records, and she is the most-viewed and -streamed Latin female artist of all time on YouTube and Spotify. She was also honored as the Latin Recording Academy’s Person of the Year in 2011 for her artistic achievements in the Latin music industry as well as their humanitarian efforts.

"It's an honor to have the journey of my career displayed at the GRAMMY Museum," Shakira said in a statement. "These pieces are a testament to so many indelible moments that I cherish, and I'm so happy to be able to relive these memories with those who have and continue to support me as an artist."

Shakira, Shakira explores the artist's musical evolution, from her origins as a Latin rock-loving singer/songwriter in Barranquilla, Colombia, to a global superstar whose catalog spans multiple genres, from bhangra and bachata to rock and reggaetón.

Early in her career, Shakira began fusing elements of her ethnicities and multicultural roots to construct a richly layered sonic universe that allowed her to grow as a creator while appealing to a worldwide audience. Partly by incorporating her Lebanese heritage on her father's side — along with Arabic dancing and the mainstream pop rock that she grew up with — she achieved international crossover success and broke boundaries for Latin artists.

To deepen visitors' appreciation and understanding of how these cultural elements have shaped every aspect of her songs, music videos, performances, and world tours, the first museum exhibit about Shakira features interactive features that provide fresh insights into her creative process.

It also includes a songwriting notebook with handwritten lyrics from her personal archive along with 40 other artifacts, acoustic and Swarovski-studded electric guitars, iconic outfits from her performances and album covers, three original films, and an immersive space that draws inspiration from her El Dorado tour.

Highlights from the Shakira, Shakira: The GRAMMY Museum Experience include:

This announcement comes on the heels of Shakira's latest release with Argentinian producer and DJ Bizarrap, "SHAKIRA || BZRP Music Sessions #53," which has made history in its own way. With the most streams in a single day for a Spanish-language song, it raked in more than 14 million streams in the first 24 hours and became the fastest Latin song to reach 100 million streams. Another historic moment for Shakira, the song debuted at #9 on the Billboard Hot 100, making her the first solo woman to reach the Top 10 on the chart with a song recorded in Spanish. She has also broken the all-time record for most monthly listeners for a Latin artist in Spotify history. The video amassed 160 million views on YouTube in the first week.

"Shakira is the rare superstar who has discovered a way to keep evolving as an artist while growing her expansive audience along with her," said Jasen Emmons, Chief Curator & Vice President of Curatorial Affairs at the GRAMMY Museum. "She's a serious student of music, and the GRAMMY Museum is excited to offer a dynamic exhibit that reflects her intelligence and artistry."