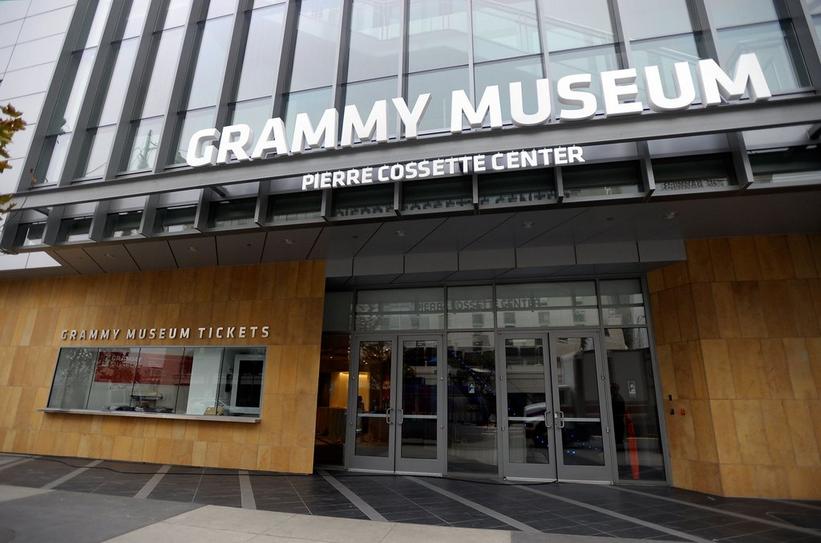 The GRAMMY Museum in Los Angeles

The events take place starting on Monday, Jan. 20 and run through Friday, Jan. 24

2020 nominees the Cranberries, who are nominated for Best Rock Album, and Larkin Poe, up for Best Contemporary Blues Album, will be special guests at the Museum, celebrating their respective first-time GRAMMY nominations. The week will kick off with the opening of Beyond Black — The Style of Amy Winehouse, featuring Winehouse's stylist, Naomi Parry, and Winehouse's close friend, Catriona Gourlay, who will discuss stories and the history behind some of the GRAMMY winner's iconic outfits at the Museum's Clive Davis Theater.

Check out the rest of the Museum's programming for GRAMMY Week 2020 below, and catch the 2020 GRAMMY Awards on Sunday, Jan. 26 on CBS.

Read: The Cranberries Reflect On Their First GRAMMY Nod: "Dolores Would've Been Delighted And Honored"

EVENT: Amy Winehouse Exhibit Opening Exclusive Program
WHO: To celebrate the opening of Beyond Black — The Style of Amy Winehouse, Winehouse's stylist, Naomi Parry, and Winehouse's close friend, Catriona Gourlay, will discuss stories and the history behind some of the GRAMMY winner's iconic outfits at the Museum’s Clive Davis Theater as part of an exclusive members-only program. The discussion will be moderated by music journalist Eve Barlow
WHAT: Exclusive program for Museum members.
WHEN: 5:00 – 6:00 p.m.

EVENT: Backstage Pass With Sheléa
WHO: Sheléa is a singer/songwriter, pianist, arranger, and producer who Quincy Jones has called “one of the greatest artists of her generation”
WHAT: Performance and moderated Q&A session between Sheléa and students
WHEN: 9:30 – 11:30 a.m.

EVENT: Amplifying Music’s Reach
WHAT: A panel discussion focused on what the industry is doing to help those who benefit from music as a tool for personal growth and healing.
WHEN: 1:00 – 2:00 p.m.

EVENT: STORIESTelling: Music And HIV/AIDS
WHO: In collaboration with STORIES: The AIDS Monument
WHAT: A panel discussion focused on the impact of music on the HIV/AIDS crisis and the devastation and impact of HIV/AIDS on music
WHEN: 2:00 – 3:00 p.m.

EVENT: A Celebration Of Music In Film And Television
WHO: In collaboration with Women in Film
WHAT: A panel discussion focused on the women who bring film and television to life through music. The panel — moderated by music supervisor, creative executive, record producer, and label co-founder Tracy McKnight — will feature music supervisors, composers and more
WHEN: 1:00pm – 2:00 p.m.

EVENT: Creating A Collaborative Community For Female Artists
WHO: In collaboration with Linda Perry and We Are Hear
WHAT: A panel discussion highlighting the inclusive, creative community of GRAMMY-nominated producer and songwriter Linda Perry’s We Are Hear, the combination label/publishing/management company she co-founded with fellow multi-platinum producer Kerry Brown. This panel will give the audience the opportunity to hear from Perry and her team of executives and artists about what it takes to get your start in the music industry with candid and direct advice.
WHEN: 2:00 – 3:00 p.m.

EVENT: Celebrating GRAMMY Nominees: The Cranberries
WHO: GRAMMY-nominated band the Cranberries
WHAT: To celebrate their first-ever GRAMMY nomination at this year’s upcoming 62nd Annual GRAMMY Awards, the GRAMMY Museum will welcome the Cranberries for a special conversation
WHEN: 1:00 p.m. 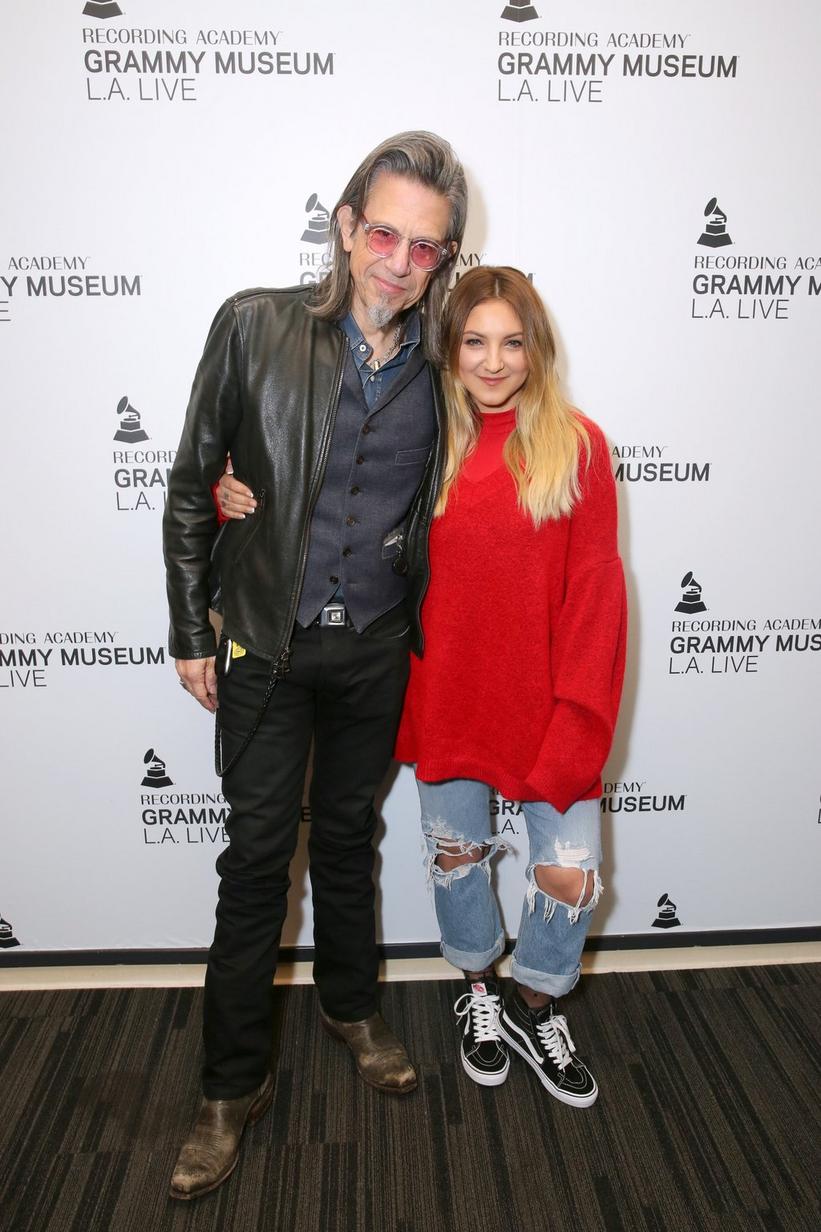 Go inside the bright mind of one of pop's most promising singer/songwriters and learn about her songwriting process, her transition to the spotlight and the three female artists she admires

Julia Michaels' career has soared within the past year. Already a talented songwriter with writing credits such as Selena Gomez, Justin Bieber, Demi Lovato, Ed Sheeran, and Fifth Harmony to her name, Michaels took a leap of faith with the release of her third solo EP, 2017's Nervous System.

Though Michaels has admitted to being nervous about moving to the forefront as an artist in her own right, the gamble paid off. The single "Issues" went gangbusters all the way to No. 11 on the Billboard Hot 100 and her EP cracked the Top 50. Plus, the Davenport, Iowa, native scored two nominations for the 60th GRAMMY Awards: Song Of The Year for "Issues" and Best New Artist.

What makes Michaels tick musically, how did she overcome her trepidation and why does she rely on feelings to guide her songwriting?

You'll learn the answers and so much more on the latest episode of "Required Listening," the new music podcast by HowStuffWorks and the GRAMMY Museum in partnership with the Recording Academy.

"It depends on the person. A lot of the times I'll just talk to them [first]," said Michaels regarding collaborating with other artists. "I mean we're all human. We all cry the same. We all bleed the same. So I try to make people feel as comfortable as possible to be able to tell me things, even if the artist that I'm with doesn't write, just having them talk is lyrics in itself. You know, them explaining their day or expressing how they feel. It's like, "That's amazing ... if that's how you're feeling we should write that.'"

As a matter of fact, Michaels told the host of "Required Listening," GRAMMY Museum Executive Director Scott Goldman, that she lets her feelings pilot her songwriting instead of traditional conventions — a process that has yielded gems such as "Issues."

"I'm not that calculated when I write," said Michaels. "I'm all heart when I write so I don't think about the algorithm of a song or the mathematics of a song. I just think, 'This feels good to me,' and just kind of go with that."

When peppered by Goldman with a question about coming into the limelight as a recording artist, Michaels was quick to point out that she has benefitted from plenty of help and encouragement.

Speaking of confidence, Michaels has taken cues from plenty of her self-assured peers. She cited three artists, in particular, who have inspired her career path.

"I'm not that calculated when I write. I'm all heart." — Julia Michaels

"[Pink is] a bad***," said Michaels. "I love Fiona Apple. I love a lot of artists that are not afraid to say what they want to say. I love artists that write their own music. Laura Marling — she's very much from her point of view, very much whatever she wants to do. And plus her voice is so haunting and beautiful."

"Required Listening" launched on GRAMMY Sunday, Jan. 28, with the first episode featuring an in-depth conversation with GRAMMY winners Imagine Dragons and the second detailing "The Defiant Ones" with Allen Hughes and Jimmy Iovine.

Future guests will include Sean "Diddy" Combs, Dan Auerbach, Kenneth "Babyface" Edmonds, and Lindsey Buckingham and Christie McVie of Fleetwood Mac, among others.