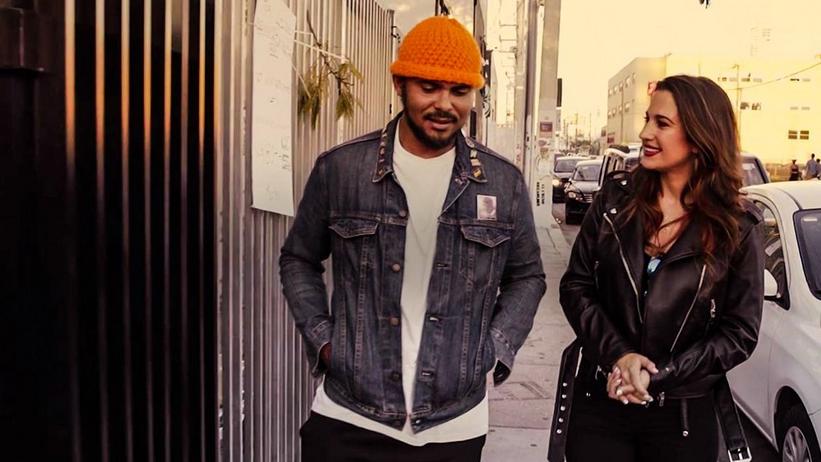 What makes Miami one of the hottest and most diverse music scenes? The answers can be found right here in the Recording Academy's premiere episode of the new digital video series, On Location: Miami.

In the first episode of the On Location series, host Charlie Travers sets out to explore the diverse music scene and culture in Miami and finds some unexpected people and places along the way.

Travers begins her quest at the set of singer/songwriter Amara La Negra's music video for "Insecure" to get some suggestions on where to find the action in Miami. La Negra is the breakout star of this season's "Love & Hip-Hop" TV show and she dropped "Insecure" in April.

"We have Colombians, Cubans, Dominicans, Puerto Ricans — we have a little bit of everything," says La Negra. "It's so awesome that we all come from different places but we can come together and form what Miami is."

There's no better place to start touring Miami's rich culturally immersed locales than Little Havana. Travers heads to the historic Cuban neighborhood to find authentic cuisine and coffee, and even try her hand at salsa dancing with the locals.

On the northern tip of Miami beach, Travers links up with Trina, one of the first Miami rappers to go national, to do some shopping at Guiseppe Zanotti, an upscale shoe lover's paradise. Trina and Travers peruse the shelves while Trina explains the finer points of how Miami's music scene developed and why it is her permanent home.

No tour of a music town would be complete without a visit to a local record store, so Travers heads to Little Haiti to meet up with Recording Academy Florida Chapter Governor Lauren "Lolo" Reskin, owner and co-founder of Sweat Records. Reskin not only gives Travers advice on how to dive into the Miami music scene, but also tells the tale of how she opened Sweat Records in 2005 after working at a Virgin Megastore. We learn she rebuilt her indie record shop after a hurricane hit the original store eight months after opening. In their new location, Sweat Records remains a Miami institution.

"As spread out as Miami is as a city, there's so many people down here who love good music and I really just wanted Miami to have a classic indie record shop," says Reskin.

With so much city left to explore, Travers hits Ace Prop House, which houses the Listening Den, a vibey live music space where cell phones are not allowed. Isabella Acker, curator of culture and founder of Prism Creative Group, gives us the lowdown on how this unique space transformed into one of the best rooms in town to hear live music.

Anyone who knows Miami knows Wynwood is not just one of the most rapidly growing neighborhoods in the city, it's toward the top of the list nationwide. To get the locals' perspective, Travers grabs poke bowls at 1-800-LUCKY with Walshy Fire, DJ, emcee, producer, and member of Major Lazer. Over dinner, Walshy discusses his take on the Miami music scene.

Looking to cap off an incredible dinner with an equally memorable dessert stop, Travers heads to Wynwood's Mr. Kream for a truly unique ice cream experience, complete with an in-house DJ booth. Co-owned by two DJs, including DJ Jimbo Slice, Travers learns how Mr. Kream names its ice cream flavors using hip-hop themes, and how it has become a hot spot for up-and-coming turntablists to polish their skills.

Lastly, it's time for cocktails and live music as the tour of Miami comes to a close. The party heads to South Beach bar Kill Your Idol for custom cocktails and rowdy rock atmosphere. Travers hangs with manager/curator Chris Graham and bartender/event promoter Karloz Torres to hear what makes Kill Your Idol a valuable part of the local music and social community and the backstory behind some of their unusual décor. As the drinks are poured, the band plays into the hot Miami night.

And if you think Miami is happening, just wait. On Location is music and travel series exploring emerging musical scenes and cultural movements around the country told through the lens of artists, fans and advocates. From off-kilter performance venues, to back alley record shops that have managed to survive the changing tide, no location is off limits.

Stay tuned for exclusive extras from On Location: Miami as well as additional upcoming episodes as we explore these emerging communities in other well-known locales including Los Angeles, New Orleans and Chicago. See you there!