Getting Heard On The Internet

Digital technology has made it easier than ever for artists of every talent level to record their own music, and online opportunities have given even the humblest of home recordings the chance to be discovered by an audience of millions. But a question — both philosophical and logistical — looms: If a song falls in the Internet forest, does anybody hear it?


The event marked the first members-only live-streamed GRAMMY Professional Development Event The Academy has presented through its online member social network, GRAMMY365. Academy members were treated to a conversation that was spirited, wide-ranging and exceptionally informative.

Rizzo opened the discussion with a very specific question: Does Myspace still matter? The general consensus was that up-and-coming artists still need to make use of all the tools available but, as Barrish said, "Traffic doesn't lie, and traffic [there] is down." Panelists said they were much more likely to discover music through favorite blogs, links found in Twitter postings, band websites, and Facebook recommendations.

Responses were more varied to the question of whether the CD still mattered. Burt pointed out that, with all the digital pipelines out there, there is still a large mainstream audience that listens to music on CDs, and that the working press still prefers to receive music via CDs rather than downloads. But panelists countered that, for many artists, the CD has become not so much a means of music distribution but a form of souvenir.

"Fans still want to connect with a physical good, whether that's a CD or a T-shirt or a poster," said Varner. "Someone who's 5 or 10 years old right now may never buy a CD in their lifetime, so the CD will go away, but the nature of the relationship between fan and artist won't change."

One theme that was explored from several different angles was the notion of music's filters and gatekeepers. Not so long ago, the gates to commercial success were manned by a finite number of A&R representatives, radio stations and print outlets. Now, with the explosion of the online world, there are thousands of ways to be heard, and listeners — whether they're influential tastemakers or ordinary consumers — have to establish their own filters.

When Rizzo asked the panel for the best ways for artists to work through filters and get themselves heard, there was general agreement on the platforms to use, with SoundCloud, Tumblr, Facebook, and Bandcamp all getting mentions. YouTube also received a hearty endorsement, both for its ease of browsing and its affordability. Varner related that when his client the Plain White T's posted a YouTube video for "1, 2, 3, 4" that cost all of $30, it breathed a whole new life into a song that had flatlined at radio.

The importance of traditional radio was also debated, with Rizzo arguing that radio promotion was still vitally important, while other panelists felt that, for a new artist, money might be better spent on a new media outreach specialist, an independent publicist or top-quality website design.

During the panel's extensive question-and-answer portion, a question was asked about the importance of online image and "personality," which led to perhaps the most important takeaway of the discussion: As tempting as it may be for an artist to make use of every possible online tool and service they can find, it's crucial to use those tools in a way that makes sense for the particular artist and his or her particular music.

"Don't just use everything," cautioned Barrish. "Focus on things that matter. You don't need to be transparent to be relevant. Authenticity is much more important. If you're not doing things that feel natural, fans see right through it."

With that point, the discussion seemed to come full circle, from a new world of possibilities to traditional values. Even with so many new and novel ways for artists to launch a career and get their work heard, the work itself is still the bottom line.

As Burt succinctly said, "Ultimately, it still comes down to the music." 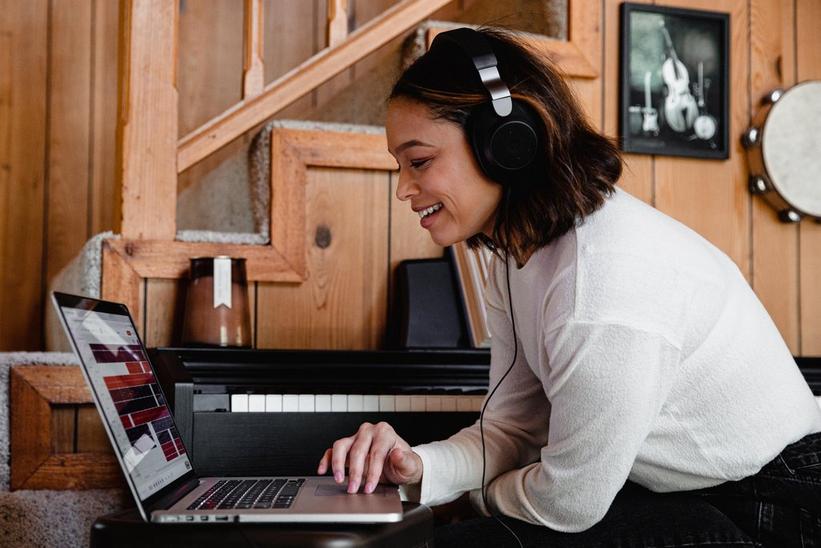 "The music industry has a terrible history of serving the artist last. Good Splits was built to help artists do their royalty accounting in a super accessible way—and I hope it's one step toward a more equitable music business," Mattison recently told Billboard. "Not only does it save time, it actually helps more artists get paid what they're owed, which in turn actually lets them plan for the future—something musicians feel is often out of their reach."

Watch: How The Watts Summer Festival Created Community And Offered Healing | History Of

Good Splits' target users are independent artists or, as their website states, "working musicians who don't have access to fancy accounting teams." With the artist in mind, the team created "a new, simple tool that would allow musicians to bid farewell to their unwieldy spreadsheets, calculate payments faster, and provide more reliability and transparency to their collaborators."

"We saw a problem in the music business and knew that some smart strategy, simple tech and savvy design could help fill the gap in a real, tangible way," Tucker Margulies of Coalesce said to Billboard. "It shouldn't take crazy technology to be able to know how much a song has made or how much you owe a collaborator."

Good Splits was designed to work with all major aggregators and distributors, including self-distributor models like Tunecore or serviced-distributors like AWAL. The only data the user needs to provide is a CSV file from whichever music service they use, along with the splits. The tool will offer "a clean, easy-to-understand earnings breakdown by song, album and collaborator" to help users make payouts simpler and more transparent.

Good Splits is accepting new users for the free service on a rolling basis—visit their website for more info and to sign up. 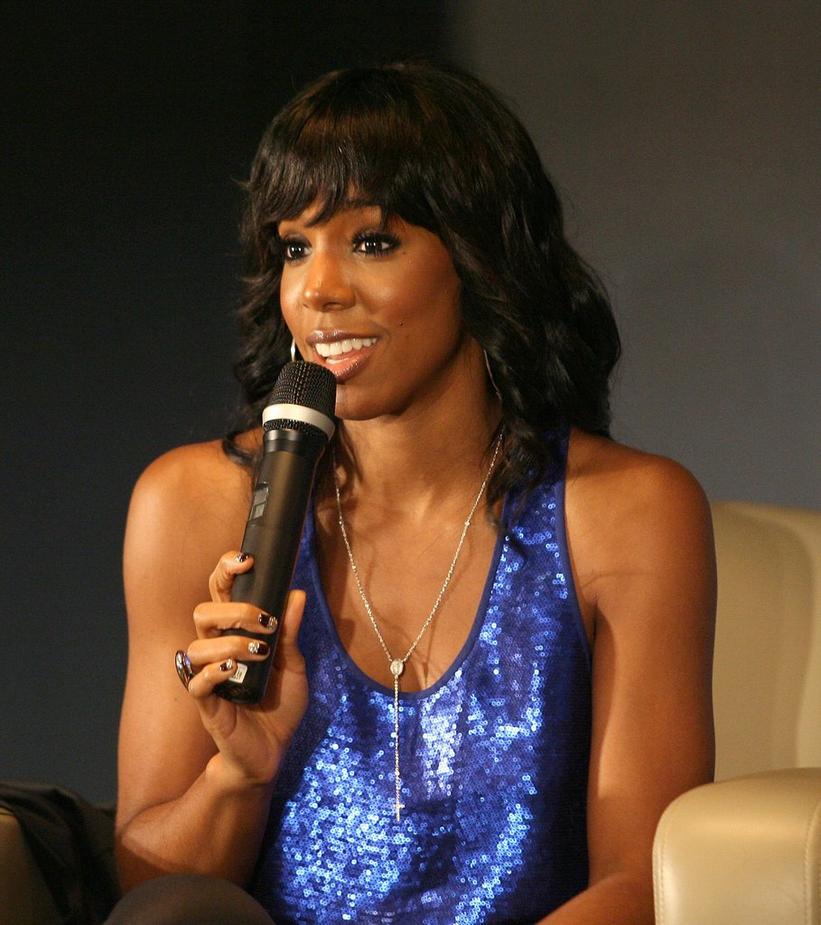 Four-time GRAMMY winner gets personal with The Recording Academy

The Recording Academy Los Angeles Chapter hosted Up Close & Personal With Kelly Rowland on Sept. 27 at The Academy's headquarters in Santa Monica, Calif.

Before a packed audience, the four-time GRAMMY-winning R&B artist engaged in a discussion with GRAMMY-nominated artist and Chapter President MC Lyte, touching on topics such as the creative process behind her latest album, Here I Am, plans for the video for her next single, "Lay It On Me," collaborating with fellow GRAMMY winner David Guetta on the 2009 hit "When Love Takes Over," touring, and working on the UK music TV show "The X Factor," among other topics.

"Touring has been so much fun because it's been about five years since I’ve been on tour," said Rowland. "Performing as a solo artist right now, I'm just on the highest cloud."


Hailing from Atlanta, Rowland first gained fame as a member of GRAMMY-winning R&B group Destiny's Child. Following the release of the group's third album, 2001's Survivor, Rowland began writing material for her debut solo album, Simply Deep, which was released the following year. The album's first single, "Dilemma," which features GRAMMY-winning rapper Nelly, earned Rowland her first GRAMMY as a solo artist for Best Rap/Sung Collaboration. In 2004 Rowland reunited with Destiny's Child for a new album, Destiny Fulfilled, and embarked on the group's final world tour. Rowland's sophomore effort, 2007's Ms. Kelly, peaked at No. 6 on the Billboard 200. Released in July, Here I Am reached No. 3 on the Billboard 200 and spawned the Billboard Hot R&B/Hip-Hop Songs hit "Motivation." Rowland is currently on a U.S. tour with Chris Brown.

Up Close & Personal With Kelly Rowland will be available as video on demand beginning Sept. 30 exclusively at GRAMMY365, The Academy's member-only website. For more information on Academy membership, visit www.grammy365.com/join.

(A portion of the proceeds from The Recording Academy Los Angeles Chapter's GRAMMY Block Party benefitted PATH, a Los Angeles-based organization dedicated to ending homelessness for individuals, families and communities.)

"It's the most fulfilling thing that I do," said Hathaway on performing live. "I don't really prepare for [performances], I'm just always ready to go."


The daughter of GRAMMY-winning artist Donny Hathaway, Los Angeles Chapter member Lalah Hathaway began taking piano lessons at age 3. While a student at Berklee College of Music in Boston, Hathaway released her self-titled debut in 1990 on Virgin Records, peaking at No. 18 on Billboard's R&B Albums chart. A Moment followed in 1994, producing the Top 40 Hot R&B/Hip-Hop Songs hit "Let Me Love You." Following a 10-year hiatus, Hathaway released 2004's Outrun The Sky, which features eight tracks penned or co-penned by Hathaway and spotlights the artist as producer. The album also made the Top 40 on the R&B Albums chart for Hathaway, paving the way for the release of 2008's Self Portrait, which made headway on the Billboard 200 and gave Hathaway her highest-charting R&B Albums chart hit at No. 6. The album spawned a GRAMMY nomination in 2009 for Best Female R&B Vocal Performance for "That Was Then." Hathaway garnered an additional GRAMMY nomination the following year for Best Gospel Performance for "He's Been Just That Good" with Kirk Whalum. Hathaway has collaborated with artists including Mary J. Blige, Dizzy Gillespie, Al Jarreau, Chaka Khan, and Stevie Wonder, among others. Her upcoming release, Where It All Begins, is due Oct. 18.

Come back to GRAMMY.com next week to view performances from Hathaway's set at the Los Angeles Chapter's GRAMMY Block Party.

Click on the "5 Questions With ... interviews" tag below for links to other GRAMMY News stories in this series.

The Producers & Engineers Wing of The Recording Academy has more than 6,000 members, and it seemed like most of them were there for the P&E Wing's 10th anniversary celebration, held at the Village recording studios in West Hollywood, Calif., on Feb. 9.

The P&E Wing's annual GRAMMY Week event honors the work of all of music's "engine room" ― the creatively technical personalities that help shape artists' visions, and each year chooses one in particular to shine the spotlight on. This year's honor, at an event entitled Shaken Rattled & Rolled, went to T Bone Burnett, whose production work for artists such as Elvis Costello, Jakob Dylan, Elton John and Leon Russell, Robert Plant and Alison Krauss, k.d. lang, John Mellencamp, Ralph Stanley, and countless others, as well as on soundtracks for landmark film projects including Crazy Heart, O Brother, Where Art Thou?, The Big Lebowski, and Walk The Line, has helped redefine the Americana genre.

Burnett took the stage at the Village to tremendous applause and pointed out that digital technology has done as much damage to the sound and recording art of music as it has done to the economics of its distribution. Citing the "insane fact that in the past few years movies and games have put out higher quality audio than music has," Burnett gave the audience an impassioned prediction that "we are approaching the end of an era when music is free."

The audience cheered Burnett's words. They understood when he described the LP ― a set of carefully created and sequenced works of aural art ― as an American contribution to the arts on par with a fine wine from France. And all agreed with Burnett's observation that "guitars are analog, drums are analog, voices are analog…we are analog."

The presentation closed with songs performed by the Secret Sisters, Laura and Lydia Rogers, whose self-titled debut record was executive produced by Burnett.

There were plenty of P&E Wing members gathered there that could attest to the artistry Burnett ascribed to analog technology and the music culture it fostered. They included renowned producers and engineers such as Phil Ramone (Billy Joel), Ed Cherney (Bonnie Raitt), Al Schmitt (Steely Dan), and Eddie Kramer (Jimi Hendrix). But it was Robert Margouleff, who won a GRAMMY in 1973 for Best Engineered Recording — Non-Classical for Stevie Wonder's Innvervisions, who most succinctly summed up Burnett's career: "It's been one long, wonderful album."