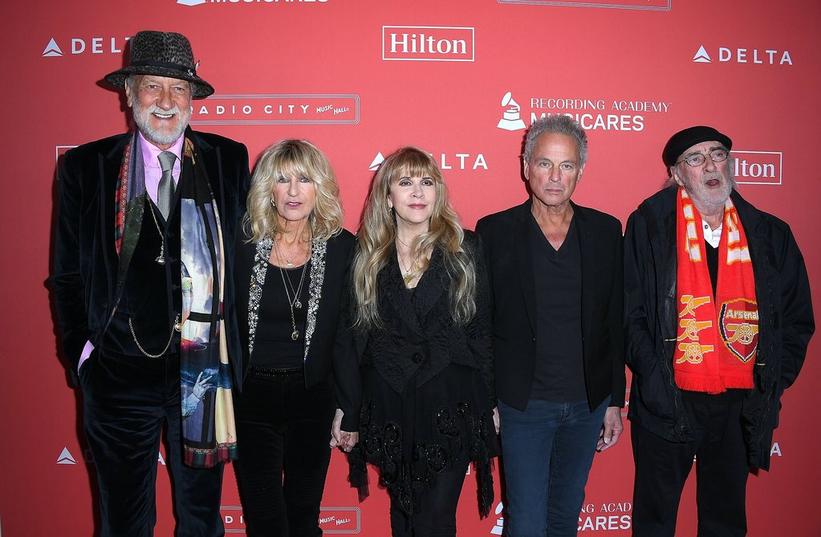 Reconfigured for a big tour that will feature "the unmistakable Mac sound," the GRAMMY-winning band is moving forward

On April 25 Fleetwood Mac announced tour dates for their new lineup without Lindsey Buckingham. The band has dealt with changing lineups before and it seems members Mick Fleetwood, Christine McVie, John McVie, and Stevie Nicks are ready to move forward without their longtime band member.

Earlier in April, Fleetwood Mac announced they had parted ways with Buckingham, and would be joined on their upcoming tour by Tom Petty & The Heartbreakers guitarist Mike Campbell and Crowded House's Neil Finn. In their first interview since the band's split, we finally got a little insight into this new lineup rift. In short, Buckingham wasn't ready to go on tour.

"We were supposed to go into rehearsal in June and he wanted to put it off until November [2019]," Nicks told Rolling Stone. "That's a long time. I just did 70 shows [on a solo tour]. As soon as I finish one thing, I dive back into another. Why would we stop? We don’t want to stop playing music. We don’t have anything else to do. This is what we do."

In an interview with "CBS This Morning," Fleetwood Mac also revealed the decision came shortly after they were honored as the 2018 MusiCares Person Of The Year for the band's philanthropy.

For those worried about the band's classic sound on their upcoming tour, not to worry. Not only will they bust out some favorite tunes from the early days of the band's history they haven't had a chance to play on tour previously, both Campbell and Finn have proven to be solid additions to Fleetwood Mac and their distinctive sound.

"Fleetwood Mac has always been about an amazing collection of songs that are performed with a unique blend of talents," Fleetwood said. "We jammed with Mike and Neil and the chemistry really worked and let the band realize that this is the right combination to go forward with in Fleetwood Mac style. We know we have something new, yet it's got the unmistakable Mac sound."

As if that isn't enough, starting May 1 you'll be able to listen to Fleetwood Mac coast to coast for the whole month thanks to SiriusXM's The Fleetwood Mac Channel, available on the radio's channel 30 or their mobile app and website. Not only will the channel feature the band's unforgettable music, but it'll also be bringing listeners interviews and shows hosted by various band members.

Fleetwood Mac (1975) and Rumours (1977) have been inducted into the GRAMMY Hall Of Fame, and the band won two GRAMMYs, including Album Of The Year, for Rumours at the 20th GRAMMY Awards.

"We'll be surprising our audiences with some tracks from our historic catalogue of songs," the band said of their upcoming tour. "Fleetwood Mac has always been a creative evolution. We look forward to honoring that spirit on this upcoming tour."

Tickets go on sale beginning May 4 via their website.