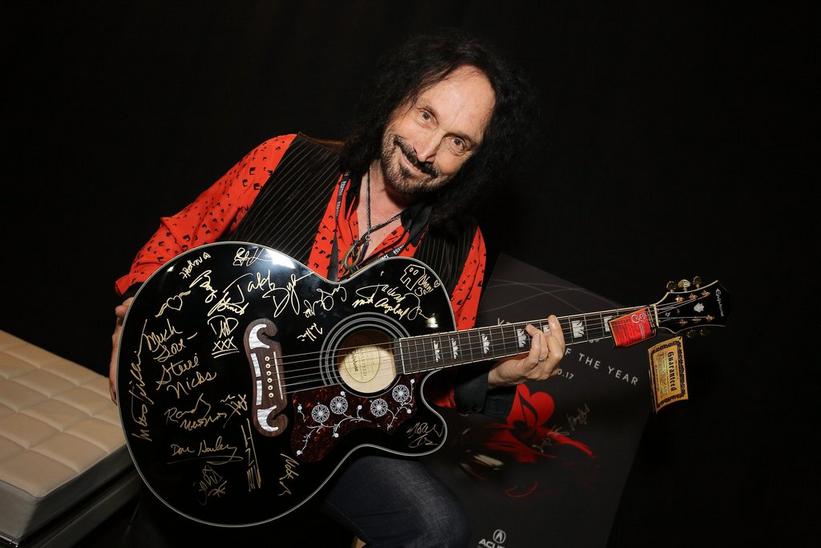 Following the announcement that longtime guitarist Lindsey Buckingham is out, the legendary band adds two of music's greats in his stead

Fleetwood Mac have parted ways with longtime guitarist Lindsey Buckingham. While no specific reason has been revealed for the split, the band has announced they will fill the position with both Heartbreakers guitarist Mike Campbell and Crowded House's Neil Finn for their upcoming tour this fall.

"We are thrilled to welcome the musical talents of the caliber of Mike Campbell and Neil Finn into the Mac family. With Mike and Neil, we’ll be performing all the hits that the fans love, plus we’ll be surprising our audiences with some tracks from our historic catalogue of songs," the band said in a statement. "Fleetwood Mac has always been a creative evolution. We look forward to honoring that spirit on this upcoming tour."

Campbell had worked for nearly five decades alongside Tom Petty in the Heartbreakers and Mudcrutch before Petty's untimely death last year following the Heartbreakers' 40th-anniversary tour. Campbell is also no stranger to playing with Fleetwood Mac's Stevie Nicks, as the Heartbreakers were the backing band on Nicks' debut solo album, 1981's Bella Donna, and on the hit Petty/Nicks duets "Stop Draggin' My Heart Around," and "Insider."

While Finn's history with the band is not nearly as extensive, the New Zealander has built a 30-year career with Crowded House yielding hits such as "Don't Dream It's Over" and "Something So Strong"

In a statement, Finn said: “Two weeks ago I received a wonderful invitation to be a part of a truly great band. A few days later I was standing in a room playing music with Fleetwood Mac. It felt fresh and exciting, so many great songs, a spectacular rhythm section and two of the greatest voices ever. Best of all, we sounded good together. It was a natural fit. I can’t wait to play.”

Drummer and founding member of the band Mick Fleetwood summed up the lineup change in the statement, saying, "We jammed with Mike and Neil and the chemistry really worked and let the band realize that this is the right combination to go forward with in Fleetwood Mac style."

Dates for Fleetwood Mac's upcoming tour have yet to be announced. The group was honored as the 2018 MusiCares Person of the Year in January in New York.