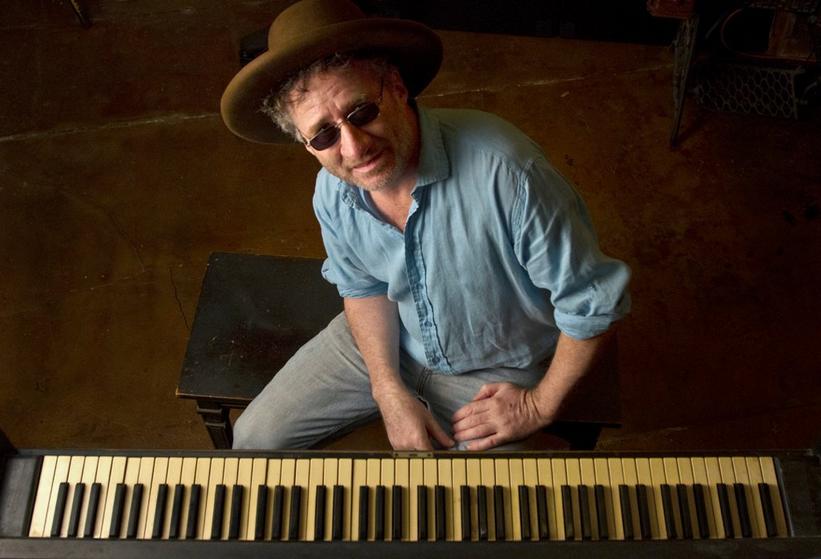 The GRAMMY-winning singer/songwriter delves into the musical lineage that informed his latest album, 'Dyna-Mite,' and premieres the video for its title track

"In New Orleans," says Jon Cleary, "you have to keep it real." It’s that authenticity which  drew him to this city, and its music, in the first place, although he grew up more than an ocean away in England. Never did he yearn to reinvent New Orlean music, or to bring some singular British slant to it. He yearned only to belong to this tradition and to celebrate its spirit in new song and old with real-time reverence.

That devotion led him to forge an expansively exuberant and intimate connection with the music, which he’s made lovingly now for 35 years, and resulted in immediate, unequivocal acceptance into the fold.  Soon as New Orleans heard him play, it didn’t matter where he was born. Cleary was then, and remains, an absolute musical monster. Yet a polite and erudite British one, hence the name of his band the Absolute Monster Gentlemen.

He started as a kid on guitar, until R&B 45s came into his consciousness. Gradually he morphed into a pianist and then a seriously great pianist. He also started writing and performing songs, as well as playing any instrument he could find.  His great playing led to invitations from successive legends to play with them, most notably Bonnie Raitt, who heard his funky fluency and wanted it for her band. "Jon Cleary," she once said, "is the ninth wonder of the world."

That wonder sparkles with ongoing greatness on Cleary's newest album, Dyna-mite, which weds all facets of his expression. It’s fat, funky, and it grooves. It’s his first since 2015's Go Go Juice, which won the GRAMMY for Best Regional Roots album at the 58th GRAMMY Awards. Accepting that award, his mission statement was clear, expressing real gratitude for the inclusion he was offered from the start.

"I’d like to thank that large family of New Orleans musicians," he said, "and the giants who came before us on whose shoulders we’re standing, especially Allen Toussaint, who did the horns on this and who is very missed."  He also thanked his parents, and his grandmother, Sweet Dolly Daydream, an English music-hall singing star.

Presently in Europe and beyond on tour with with Raitt before returning home, he spoke to us, on Oslo time, about all this and more. Here he is, in his own words:

I had an uncle who lived in New Orleans for many years when I was very young, and came back with great 45 records, and those, along with his stories,  became the basis for my education in New Orleans Rhythm & Blues.  Also an Englishman named John Broven wrote a definitive history of New Orleans R&B called Rhythm and Blues in New Orleans. The combination of my uncle’s stories and 45s and this factual history book gave me a lot of background. I always wanted to go there, and was just waiting until I was old enough to leave school and do it.

I don’t think it was random. This music is in my soul, really. I don’t know if I could have gone down any other musical path.  I think it was fortuitous that I had this direct connection with the music of New Orleans. I felt I  was hard-wired to process that style of music. I heard Professor Longhair, Fats Domino and Allen Toussaint records and I loved them. But I also loved a lot of British music I heard. So it was a bit of nature and nurture both.

It wasn’t till years later I discovered that these records I loved all came out of New Orleans. There was a tune called "Brickyard Blues," which was a hit for a Scottish singer Frankie Miller. I loved that tune, and couldn’t wait for it to come on the radio. When it did I would be absolutely mesmerized. Found out  years later it was recorded in New Orleans, and was written by Allen Toussaint. And there were many tunes like that which pressed all of my buttons.

I started on guitar as a teenager and it was my main instrument. We had my grandmother’s old piano, and I’d play guitar chords on it. But once I heard New Orleans piano music, I realized that is what I loved. When I first moved to New Orleans, I didn’t bring a guitar, and I realized that piano music was more interesting to me. It also was a new way to look at chord shapes. It offers the widest range of all instruments. It was like being let out of a small garden into a huge playing field.

The old musicians I played with in New Orleans didn’t really care that I spoke with a funny accent. Or that I was a lot younger than then, or white, or English. It didn’t matter. As long as you could play, that is all they cared about.

I’ve learned how to avoid bad cliches in songwriting. But also to embrace the good ones. There’s twelve notes and four beats to the bar. How much variety can there be before it begins to sound like Schoenberg or Thelonious Monk? That’s why there aren’t many pop songs written in 5/4. People want to dance. Harmonically, there aren’t that many combinations of those twelve tones that haven’t been played yet. And they haven’t been played yet probably because they don’t sound good. There’s nothing new under the sun.  So you try to avoid the bad cliches. But let in the good cliches. The 12-bar blues.

I’ve got lots of unfinished songs. Sometimes if I can’t finish it, I’ll put it on the mental backburner, and come back to it. Sometimes it will be a long time, but I’ll finish it. There’s one on the new album called “All Good Things” that I started 25 years ago.

I’ve written many songs with varying degrees of success and failure. I’m always open to any way into a song. No one method always works,  and it might  be dangerous if you found some kind of formula.

Sometimes a song idea can be as fleeting as a dream is when you wake up. For the first few seconds it’s very vivid. But within five seconds of opening your eyes, it’s gone. The same thing happens with music. Sometimes you get an idea for a song and you can hear all the parts. You hear it almost as if you are listening to a record of it, as if it has been complete and in the world for a long time. You try to get just a snapshot of it.

When I write songs, I start in different places. Sometimes I'll have an idea for a hook with no instrument, and sing it into my phone. Other times  I’ll go straight to the studio and  pick up the bass, or go to electric piano and just start playing. Sometimes it starts  with drums. Whatever the nearest instrument is will lead me to a certain direction.

But it doesn’t really matter what instrument I use, because the songs lead the way. All I need to do, really, is follow, and stay out of the way. To let the song shine and sing.