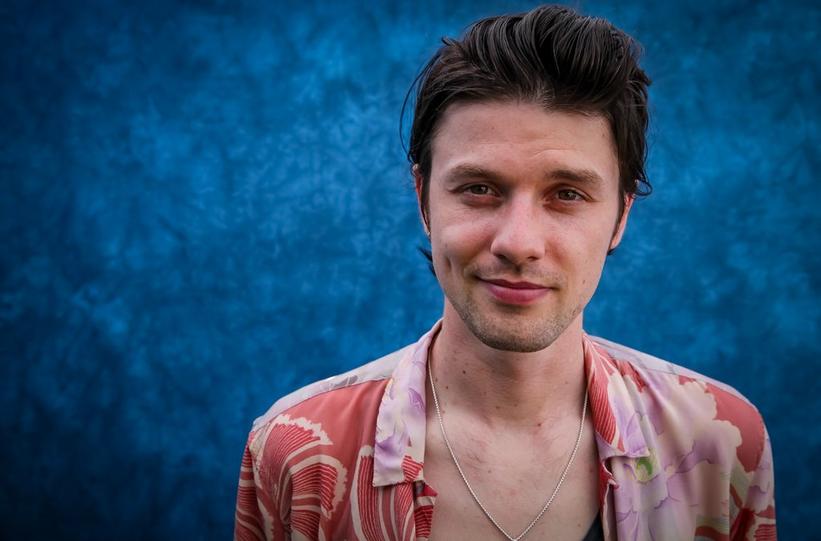 British singer/songwriter James Bay is, among other things, a well-versed music aficionado. From his folk-friendly debut Chaos And The Calm to his electrified pop-tinged new album, Electric Light, simply listen through his first two albums to experience the range of great music he draws inspiration from for songs. In both cases, what makes Bay stand out isn't the influences he draws upon, but rather the way he brings them to life in his music.

We tracked down Bay backstage at Lollapalooza to ask him about his newly released cover of Tina Turner's "The Best," the new slew of influences who informed the sound of his sophomore album, the story behind "Pink Lemonade," and more.

You just dropped your version of Tina Turner's "The Best" earlier this week. How did you pick that song to cover?

It was two things, really. Most importantly it's a song I've always loved. And unashamedly, it didn't have to fit any criteria other than, "do I love it?" And it felt unexpected. I think that it's fun to catch people off guard like that. I like lots and lots of different music, and I love to talk about the wide variety of music I like. But… you catch them off guard with something like that, and everybody kind of goes, "Hey, that's exciting, we didn't expect it."

Sure, you definitely have musical range, and I think your new album demonstrates that. In the three years since Chaos And The Calm, how did you choose the direction you took for Electric Light, musically?

Well, one of the first things, and the kind of the main reasons, is that for all of the music that inspired Chaos And The Calm, and that was a long list of [Bruce] Springsteen, Ryan Adams, Adele, Carole King, it's a list of lots of different artists. I tried not to lean on those [influences] for the second record, because I had so many [more], there's so much more music that I love and that I listen to and inspires me. Prince's music, Michael Jackson's music, David Bowie, and then more recently Frank Ocean, and Lorde, and the list goes on and on.

"Pink Lemonade" hit a lot of people's ears as a fresh sound from you. Can you talk a little bit about writing that song and how it came together?

That's one of those songs, if you break down the chords… if you play those chords on a piano, at a slightly slower pace, they exist under a pretty kind of jazzy kind of light. Sometimes when you thrash those chords out on a guitar, it's this kind of nuanced sort of alternative rock sound. But the song started out almost as a ballad. It was John Green who I made this record with, an old friend and a fantastic musician, writer, producer. He was on the piano, I was on a drum kit, playing like a half time feel, and we loved it. And we were getting the melodies together like that, and then we just wanted something that had more and more and more urgency, so I just started to thrash it out on a- I have this amazing old 1960 Gibson Les Paul special, we had a little Fender Champion. The combo was great. And it sounded like a lot of different things, and it sounded fresh at the same time. And the song was born.

Nice. Lastly, what are some hobbies you have outside of music?

Football, soccer. I am a big fan! I'll translate that one there, yeah [laughs]. I love playing. It really removes me from all of what work is. I like to draw. I've always drawn. I like to hang out with people and chat… I like to sit and talk with old friends for long periods of time, and just kind of be a human and live.