As one half of GRAMMY-winning pop duo Eurythmics, Dave Stewart recounts the group's journey to global success in from-the-vault interview footage in this episode of Sound Bites.

As one half of GRAMMY-winning duo Eurythmics, Dave Stewart has spent the bulk of his career at the helm of one of the most successful and influential synth pop acts of the 1980s and beyond.

But before he and his bandmate Annie Lennox could reach the height of their success, they had to find international success beyond their home country of England -- and they did so with a little help from one of their signature songs, "Sweet Dreams."

In this episode of Sound Bites, archival GRAMMY interview footage shows Stewart taking viewers back to the early days of the group's rise, when they were relatively well known at home  but hadn't yet gained acclaim abroad.

"When 'Love is a Stranger' came out [in 1982], that started to get quite a bit of play, but we didn't know that there was some DJ in America that had gotten an import of 'Sweet Dreams,'" Stewart recalls. "And he was playing that."

"Sweet Dreams" actually hadn't been selected as a single in England, though Stewart says he and Lennox felt that pushing that song would have been "a no-brainer." Still, at the time, people were confused by the format of the song.

"People would say, 'But we don't understand — where's the chorus?' And we were going, 'Well, it's kind of all chorus for about three minutes,'" Stewart continues.

The label might have hesitated to send "Sweet Dreams" to radio, but as the duo's fame grew, the song selected itself: The DJ who was playing "Sweet Dreams" kept calling their label, but a pronunciation mishap in the group's name led to confusion over whose music he was playing. When the facts finally clicked, Stewart and Lennox knew they had to start making musical moves in the U.S.

"We realized, 'Okay, we need an American manager,'" he continues. They started looking at the bands they felt were similar to their sound at the time — the Talking Heads, the B-52’s, the Ramones. "They were all managed by the same guy: Gary Kurfirst," Stewart says.

They wound up signing with Kurfirst, which furthered their status as a global act — and ultimately led to an all-star tour that Stewart says was the "most fun tour we ever did."

Press play on the video above to watch Stewart chronicle Eurythmics’ rise to international superstardom, and keep checking GRAMMY.com for more episodes of Sound Bites.

Sound Bites: Iggy Pop Explains How A "Primal Groove" Was The Genesis Of His Raw Power Onstage 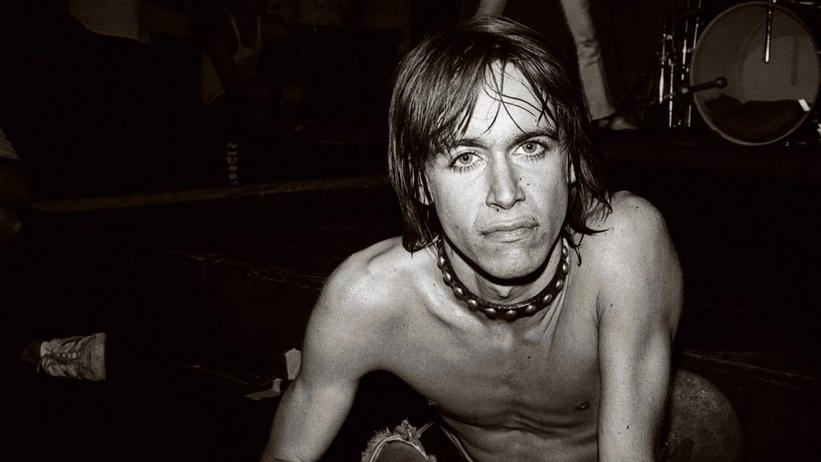 Sound Bites: Iggy Pop Explains How A "Primal Groove" Was The Genesis Of His Raw Power Onstage

Iggy Pop's primitive, exhilarating onstage presence inspired a generation of artists, from the Sex Pistols to Nirvana. In this deep-from-the-vault interview footage, Pop charts the birth of his live performance style.

Iggy Pop has earned his honorific as the "Godfather of Punk" for so many reasons.

Songs like "I Wanna Be Your Dog," "Lust For Life," "The Passenger" and "China Girl" have long been considered formative pieces of the canon — despite missing widespread commercial success upon release. Collectively, they helped earn the Stooges legend major accolades like an induction into the Rock and Roll Hall of Fame in 2010, and veneration from the Recording Academy as a GRAMMY Lifetime Achievement Award honoree in 2020.

Just as memorable as his timeless, anarchic catalog is Pop's unforgettable onstage presence. His electric, aggressive performance style influenced a generation of alternative, rock and punk performers, from the Sex Pistols to Nirvana. As his career progressed, he would move towards a more considered, experimental performance style; at the beginning, however, his strategy onstage was raw, rough and largely improvised. And, naturally, crowds ate it up.

In from-the-vault archival GRAMMY footage, Pop traces the origins of that style, detailing how he had a "secret hand signal" that he and his band used onstage as a marker for when they were transitioning from a particular riff.

"At the hand signal, they would fade off that riff — but [not] stop playing — and go to the next riff," Pop recounts. "The reason not to stop playing was not to give the audience a chance to disapprove. But the unexpected side effect was it kinda helped mesmerize them."

"Again, something about those two boys — the brothers had a very primal groove," Pop adds, referring to the Stooges' lead guitarist Ron Asheton and drummer Scott Asheton. "And there were certain things that I was doing to enhance that."

With the crowd-captivating groove going on in the background, Pop would improvise rhymes with preconceived titles: "I'm Sick," "Asthma Attack," "Goodbye Bozos," and more. Freestyling allowed him to lock more cleanly into his fast-developing primal rock style, but it had another benefit, too: Pop says he wasn't ready to release an official song quite yet.

"I wasn't ready to write a good, memorable song yet," he reasons. "But I didn't want to write a bad one."

Press play on the video above to delve into Pop's legendary performance style, and keep checking GRAMMY.com throughout the month for more episodes of Sound Bites.

Revisiting The Clash's Combat Rock At 40: Why They Stay And Have Never Gone 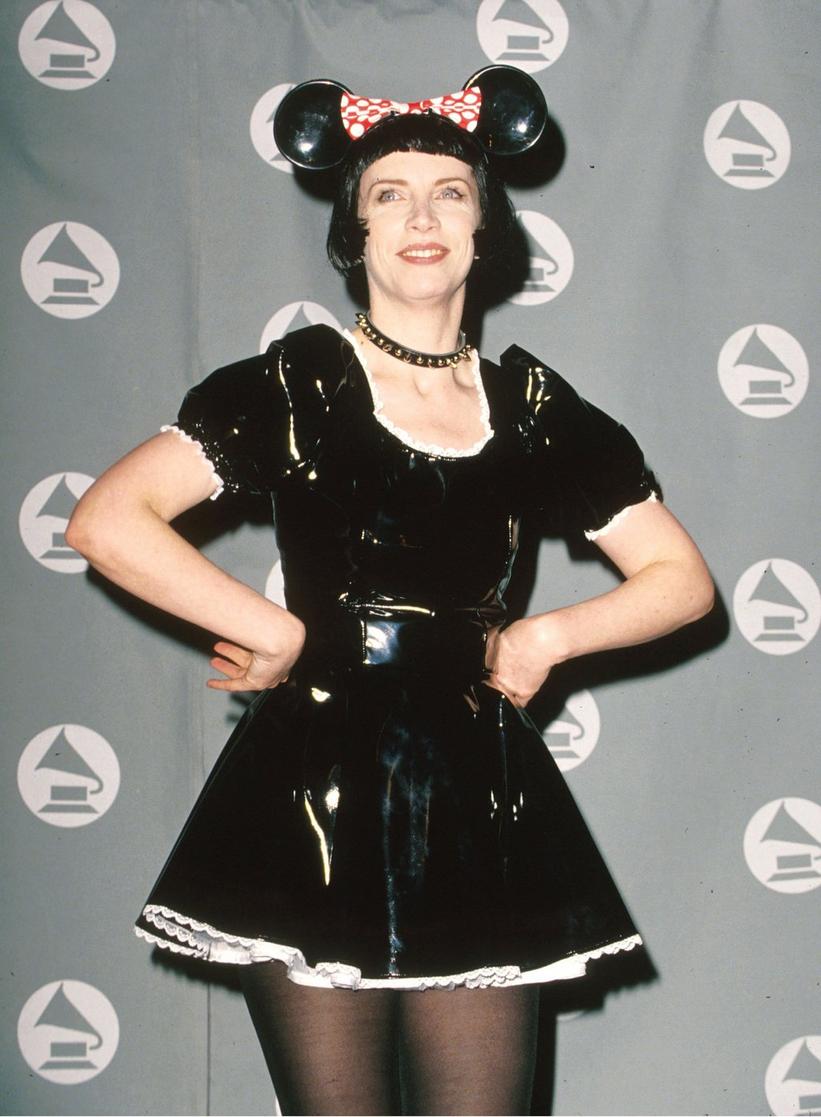 Annie Lennox at the 37th Annual GRAMMY Awards in 1995

Annie Wants To Be With You

Welcome to Forgotten Videos. Well, for some forgotten, for others just filed away, and for others still, a totally brand-new discovery. Whichever category you fall into, each week we'll feature a video that's possibly been collecting dust when what it really deserves is a fresh look. Or, we'll be giving a fresh look at a video that deserves to be collecting dust. We're not here to judge, we just want to take you on a little trip down memory lane. Yep, you'll remember when hair was really that big, when drums were that up front in the mix, when video was young(er) and so were you.

It will be surprising to some that from these semi-auspicious beginnings sprang the Eurythmics. In 1980 the Tourists, featuring a young and very colorful Annie Lennox on vocals, and a young and almost unrecognizable Dave Stewart (we're pretty sure he's the one with the Three Musketeers moustache) on guitar, hit No. 83 on the Billboard Hot 100 with this pleasant cover of the Dusty Springfield hit. This was three years before Eurythmics would launch to stardom with the No. 1 hit "Sweet Dreams (Are Made Of This)." We're not sure if the video is of inferior quality, deliberately over-saturated in '80s fashion, or just really old. (Yes friends, 1980 was 30 years ago.)

Wild At The GRAMMYs: Year Of The Woman

David Wild has written for the GRAMMY Awards since 2001. He is a contributing editor to Rolling Stone, a blogger for Huffington Post and an Emmy-nominated TV writer. Wild's most recent book, He Is…I Say: How I Learned To Stop Worrying And Love Neil Diamond, is now in paperback. Follow him on Twitter.

My personal song for this morning is "I'm So Tired," but before I go into any post-GRAMMY debriefing, rehabbing hibernation, I wanted to share my special celebratory GRAMMY playlist for all the winning women this GRAMMY night. So if all those GRAMMYs weren't enough for you — Beyoncé, Taylor, Gaga — here are some songs to honor this moment and to have your head spinning like Pink was last night.

Congrats to all the amazing women who won, who performed and who just made the red carpet infinitely more red hot. As for the gentlemen of the GRAMMYs, thanks so much for being such excellent "plus ones."

"Ladies Night" — Kool & The Gang
"Hey Ladies" — Beastie Boys
"This Women's Work" — Kate Bush
"Man! I Feel Like A Woman!" — Shania Twain
"Honkey Tonk Women" — The Rolling Stones
"This One's For The Girls" — Martina McBride
"I Am Woman" — Helen Reddy
"Sisters Are Doin' It For Themselves" — The Eurythmics with Aretha Franklin
"Independent Woman" — Destiny's Child
"She's Got Her Ticket" — Tracy Chapman
"Girl, You'll Be A Woman Soon" — Neil Diamond
"Girls Just Want To Have Fun" — Cyndi Lauper
"Superwoman" — Alicia Keys
"Superwoman (Where Were You When I Needed You)" — Stevie Wonder
"Respect" — Otis Redding

"The Night That Changed America: A GRAMMY Salute To The Beatles" — presented by The Recording Academy, AEG Ehrlich Ventures and CBS — will celebrate the remarkable legacy of the seven-time GRAMMY-winning group the Beatles and commemorate the 50th anniversary of their groundbreaking first appearance on "The Ed Sullivan Show." Featuring today's top artists covering songs performed by the Fab Four on that momentous evening in 1964 and other Beatles classics through the years, the show also will include footage from that landmark Sunday night, as well as other archival material. In addition, various presenters will help highlight and contextualize the musical, cultural and historical impact of the group and this legendary performance.

"The Night That Changed America: A GRAMMY Salute To The Beatles" is produced by AEG Ehrlich Ventures, LLC. Ken Ehrlich is the executive producer, Rac Clark is co-executive producer, Gregg Gelfand is director, and David Wild and Ehrlich are the writers.