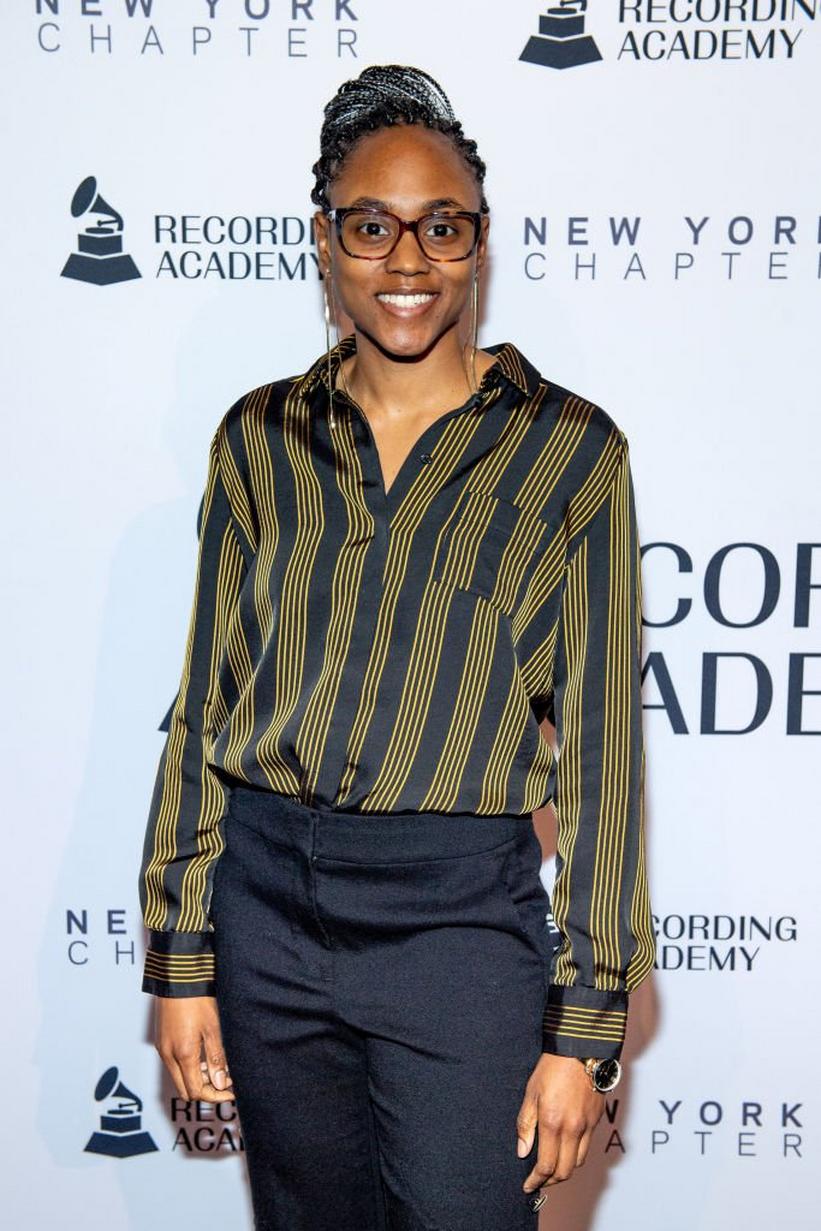 Ebonie Smith, Atlantic Records Producer/Engineer, Gives An All-Access Tour Of Made In Memphis' 4U Recording Studios

In a clip from the latest episode of "Pensado's Place," the award-winning record maker comes home to walk us through the studio belonging to her "music industry godfather," Stax songwriting legend David Porter

Normally, you'd find Ebonie Smith behind the console in the New York City, where she works as a producer/engineer for Atlantic Records. But on the latest episode of audio mainstay "Pensado's Place," Smith gives us an all-access tour of Made In Memphis and 4U Studio, the home base of legendary songwriter/producer David Porter.

Smith was the feautured guest on "Pensado's Place #470" earlier this summer, a must-watch episode. Now, she returns for the special "Shoptalk" segment (2 minutes 45 seconds into the video above), where Smith takes us through the prestigious facility belonging to the man she calls her "music industry godfather," appropriately lauding his legacy by saying, "He's probably one of the smartest, most amazing, most energetic, living legends that you'll ever get an opportunity to be around and to see, so I'm actually grateful that he lets me in here when I come home."

But Smith is well on her way to building a legacy of her own. As a multi-talented producer/engineer and singer/songwriter, Smith has worked a wide variety of projects, including Janelle Monáe, Sturgill Simpson, Cardi B and the "Hamilton" Original Broadway Cast Recording. She won the Mad Skills Award at the 2020 She Rocks Award, and was nominated for a Pensado Award in the category of "Best Break Thru Mixing Engineer" as well as for Forbes' 30 Under 30.

She's also extremely active in the music community. Smith is the founder and president of Gender Amplified, Inc., an organization that celebrates and supports women and girls in music production and audio engineering, and in fact she serves as an elected governor of the Recording Academy New York Chapter and member of the Producers & Engineers Wing.

Starting her tour in the Studio A control room, she highlights the API AXS Legacy console, noting the smaller-format API 1608 holds it down at her studio in New York, so she's instantly comfortable with the board and the room. Then she heads out to the live room to talk about how centering the energy in a studio is her first order of business.

"For me, I love to come into a studio and the first thing I find is the piano, because that's how I cleanse the space. That's also how I purify my mind and prepare myself to be of service in the space," she says, just before sitting down to 4U's Baldwin piano and playing beatifully.

Smith also points out some of her favorite pieces of outboard gear, includng the famous Tube-Tech CL 1B compressor, which is always in her vocal chain. She also professes her love for the Neve 1073: "I'm a Neve girl. If I could just have everything runing through a 1073, that would just make my day."

Over in Studio B, Smith shows off the API lunchboxes, especially the 560 graphic EQs, and the Neve 33609 stereo compressor and notes that every detail matters, down to how electricity of a space will affect your gear.

Smith shoots some rather impressive hoops at the court outside the studio before concluding the tour in Studio C, where she likes to jump on the drum kit to let her energy out. Maybe next time you'll catch her in the Big Apple, but for now Smith seemed right at home at Made In Memphis Entertainment's state-of-the-art complex.

The rest of this "Pensado's Place" episode features an inspiring interview with GRAMMY winner Fantastic Negrito, who shares some serious music motivation. Show creators and co-hosts Dave Pensado and Herb Trawick go deep with its guests from across the vast landscape of the audio world for over 450 episodes and couniting.

To learn more about Ebonie Smith, you can check out her website, and be sure to follow the Recording Academy Producers & Engineers Wing on Instagram to stay connected and informed.