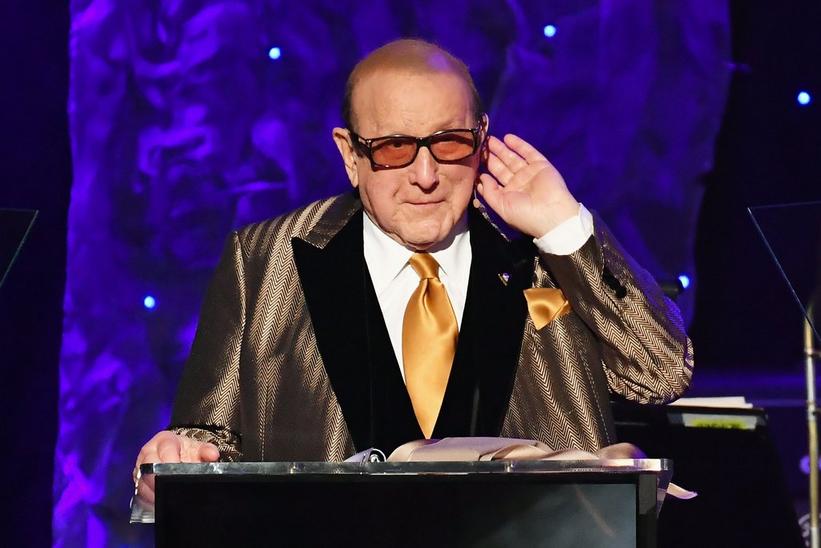 The second star-studded Clive Davis-hosted virtual 2021 GRAMMY Awards show event took place this past weekend, on Sat., May 15. The epic, invitation-only six-hour Zoom party not only celebrated the iconic music industry mogul's talented guests, ranging from DaBaby, H.E.R., Elton John, Motown founder Berry Gordy Jr. and Oprah Winfrey, it also raised money for the GRAMMY Museum and its music education programs. (With a $5,000 donation, a seat at the Museum's cozy, inviting Clive Davis Theater can also have your name on it and support a great cause!)

The First Event: 2021 Pre-GRAMMY Virtual Gala: How The Annual Clive Davis Extravaganza Adapted To The Pandemic

The Clive Davis GRAMMY Gala was the second of two virtual events he hosted to celebrate the Biggest Night in Music this year. The first raised money for MusiCares and took place on Jan. 30, as it was planned before the 63rd GRAMMY Awards moved to March due to COVID-19. While the industry-lauded Clive Davis Pre-GRAMMY Gala usually takes place IRL in Beverly Hills the night before GRAMMYs, the pandemic didn't stop Davis from safely gathering his friends and colleagues in celebration.

Both virtual 2021 events followed the same format of something akin to an engrossing talk show hosted by Davis. The nights featured riveting performances and interviews with A-list celebrities across the generations, along with archival performances the host-with-the-most touted as some of the best of all time.

This second event was originally set to take place in March but was delayed due to Davis' health. Never one to tire or miss out on a chance to celebrate the music, artists and industry professionals he loves and admires, the Arista founder was back in host mode over the weekend.

Zooming in from his Pound Ridge, N.Y. home, he shared with his esteemed guests, "When I saw the RSVP list, I was overwhelmed with gratitude, as I read each of your names."

Those names included none other than Elton John, DaBaby, H.E.R., Joni Mitchell—her first interview in six years, Paul Simon, Queen's Brian May and Roger Taylor, Dave Grohl, Dionne Warwick, Barry Manilow, Chris Stapleton, Slash, Santana and Rob Thomas, John Mellencamp and Donovan, all of whom Davis interviewed, among others, during the event.

He also revealed—for the first time ever in his six-decade-spanning career—his favorite song. It's a tie between two Simon & Garfunkel compositions: "Bridge Over Troubled Water" and "The Boxer."

The evenings' non-archival performances included H.E.R. slaying Prince's "Nothing Compares 2 U"), Brandi Carlile's chilling rendition of Mitchell's "Case Of You" and Jazmine Sullivan paying tribute to Barbra Streisand with the song "The Way We Were."