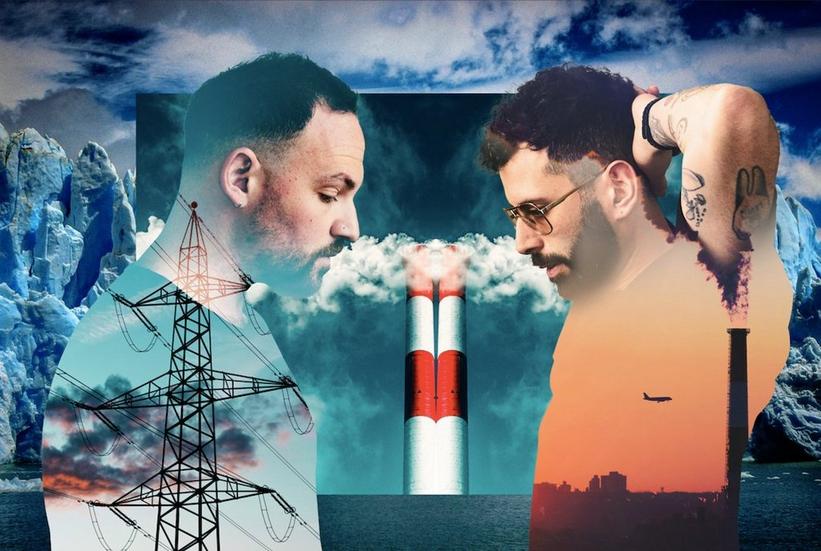 Celebrate Earth Day With These Livestreams & Merch For Good!

Happy Earth Day, fellow earthlings! Since we inhabit this planet every day, every day is a great day to take care of it. There are many ways to do this, including being mindful of the environmental impact your purchases and actions have on the earth. You can also donate to environmental justice organizations and join a cleanup near you.

To help you celebrate our blue planet, GRAMMY.com has a list of livestream concerts and, music and merch releases that will get you in the mood to support the environment.

Funky house duo Soul Clap are celebrating their new album, WTF (World Transformation Force), with a full day of livestreaming on Twitch. They kick things off at 1 p.m. PST on LostResortTV with a special edition of "Schmoozing With Soul Clap" where they'll dive deep into issues of climate change and social justice as these are "central themes of the album." Guests Tadia K. Taylor and Anton Siemon will join the conversation.

The release and Earth Day fun continue with two epic DJ set streams: A-Track, Rich Medina, Greg Paulus and XL Middleton at 3 p.m. PST on SoulClapMusic, and Soul Clap at 7 p.m. PST for a B2B set filled with tunes from their new album.

In celebration of their new single on Monstercat, "Oceans & Galaxies," Jauz and HAILENE will host a special livestream on Monstercat's Twitch channel. The virtual event will raise money for the ocean conservation organization Beneath the Waves. During the stream, the pair will perform an acoustic rendition of the uplifting dance track. They'll also sit down with Beneath the Waves' Chief Executive and Lead Scientist Dr. Austin Gallagher for a chat on how to protect the ocean. Monstercat visual artist Gameshrimp will also share a live art session.

HALIENE shared her intentions around the collaboration: "I hope people watching will be inspired to donate to support the health of our precious oceans through Beneath the Waves, and learn how we can love and care for our Earth a little better each day." She also said she's excited to share exclusive content during the event: "This song, event, and cause means a lot to us, and I hope we can use this special song and platform to bring awareness and more support for a clean and healthy planet!"

They've also released limited-edition Earth Day merch—t-shirts, a hoodie and a water bottle— where 25% of the proceeds will go to Beneath the Waves. In addition to be limited run, the goods will only be available to purchase until 11:59pm PST on April 22.

Earth warrior and DJ/producer BLOND:ISH will be going big for Earth Day. With over 60 hours of livestreaming on her lively ABRACADABRA Twitch channel, she will raise money for the Bye Bye Plastic Foundation. The four-day event will feature DJ sets from BLOND:ISH and her talented friends: Lauren Lane, Joeski, Soul Clap, Anden, Laurence Matte, LP Giobbi, Mary Droppinz, and many more. There will also be engaging conversations on climate activism, as well as "self love" moments with yoga, mindful breathing and more.

RSVP for the Earth Day Weekender here to get notified when they go live.

Bill Nye the Science Guy has tapped major musicians, actors and superstar personalities for "Earth Day! The Musical," which debuted on Facebook Watch today. Maluma, Steve Aoki, Jack Harlow, Tori Kelly, Justin Bieber, Karamo Brown, and more star in the 12-minute play, kicked off by none other than the Bronx's finest Bodega Boys, Desus Nice and The Kid Mero.

For those lucky enough to be living in the Big Apple, you can go try the new environmentally conscious Back 2 Love sour ale (named after one of the tracks on the new Soul Clap album) at Finback Brewery's Brooklyn tasting room starting April 22. A portion of proceeds from the beer, created in partnership with the Queens-based brewery and Soul Clap, will go to the Climate Justice Alliance.

Today, the Brooklyn location will be celebrating with a release party—for the beer and the album! They will also be hosting a neighborhood cleanup in Crown Heights, Brooklyn on Sunday, April 25 at 10 a.m. EST. Back 2 Love is available at Finback's Brooklyn and Queens taprooms and One Stop Brew Shop in Rochester, New York.