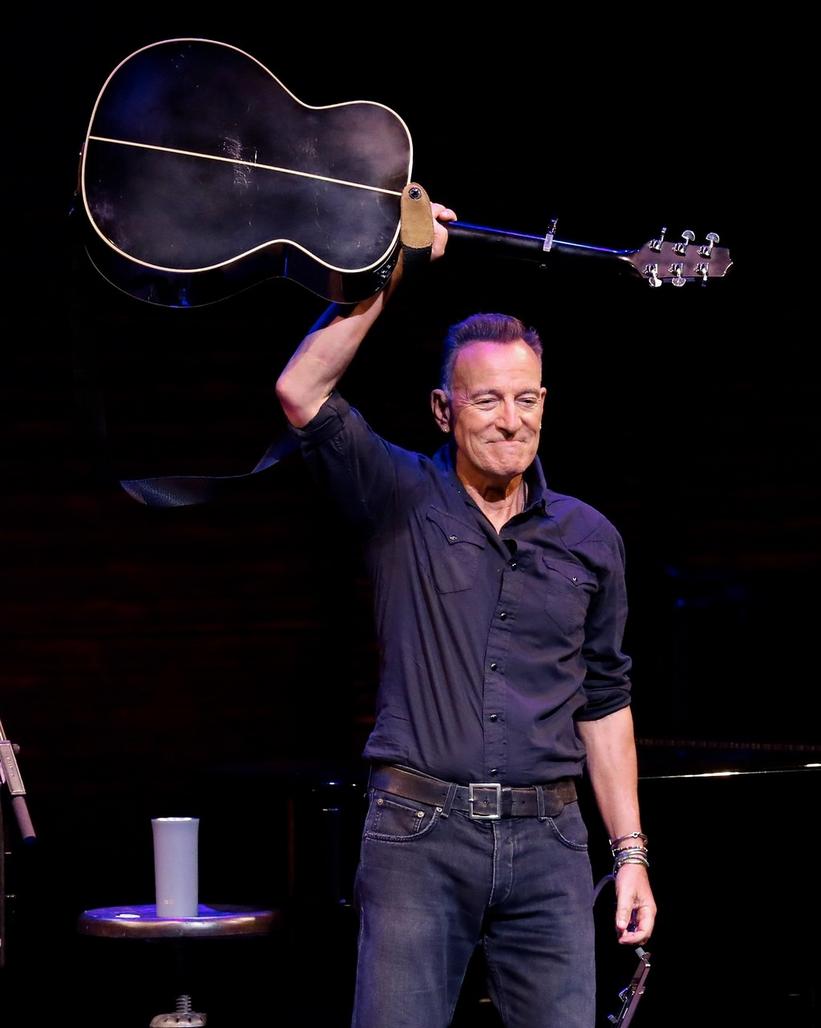 The brand-new, interactive Bruce Springsteen exhibition will debut at the GRAMMY Museum Experience Prudential Center in Newark on Oct. 1, after which it will travel to the GRAMMY Museum in Los Angeles in fall 2022

Over the years, 20-time GRAMMY-winning rock great Bruce Springsteen has meant a whole lot to so many people. For example, the deep impact of his music on journalist Sarfraz Manzoor as a young Pakistani-British teen was beautifully captured in the moving 2019 film Blinded by the Light.

Now with the brand-new Bruce Springsteen Live! exhibit at the GRAMMY Museum Experience Prudential Center in Newark, New Jersey, fans of the Boss can come together and explore his creative process and rise to superstardom, admire his famous Born To Run Fender guitar up close, and much more.

Read: It's The One: 45 Years Of Bruce Springsteen's 'Born To Run'

Bruce Springsteen Live! will feature memorabilia including the aforementioned modified Fender guitar, the late Clarence Clemons' saxophone, a signed itinerary from the 1988 Human Rights World Tour, and plenty of denim from the stage outfits of Springsteen and his talented E Street Band. Other exciting pieces include the 1988 Tunnel of Love Tour ticket booth stage prop and an interactive kiosk that invites visitors to view the "Dancing In the Dark" singer's handwritten set lists and create their own encores to close the show.

"As we reopen the doors to our museum and so many of us return to the workplace, it only seemed fitting that we would look to 'The Boss' to lead the way," Mark Conklin, Director of Artist Relations and Programming at GRAMMY Museum Experience Prudential Center, said in the press release. "No musical artist has captured the spirit and resiliency of New Jerseyans in song better than Bruce Springsteen, so we couldn't imagine a more appropriate exhibit at this moment."

"Few performers embody the soul and excitement of live rock and roll like Bruce Springsteen and the E Street Band," co-curator Robert Santelli, Founding Executive Director of the GRAMMY Museum, and a longtime New Jersey music journalist added. "This exhibit will undoubtedly get fans excited about seeing Springsteen again in concert, hopefully soon."

You can get tickets for Bruce Springsteen Live! here. The GRAMMY Museum Experience Prudential Center reopens tomorrow, Sept. 16, and will be open Thursday through Sunday, 11 a.m. to 6 p.m. on non-event days and 11 a.m. to 8 p.m. on event days.