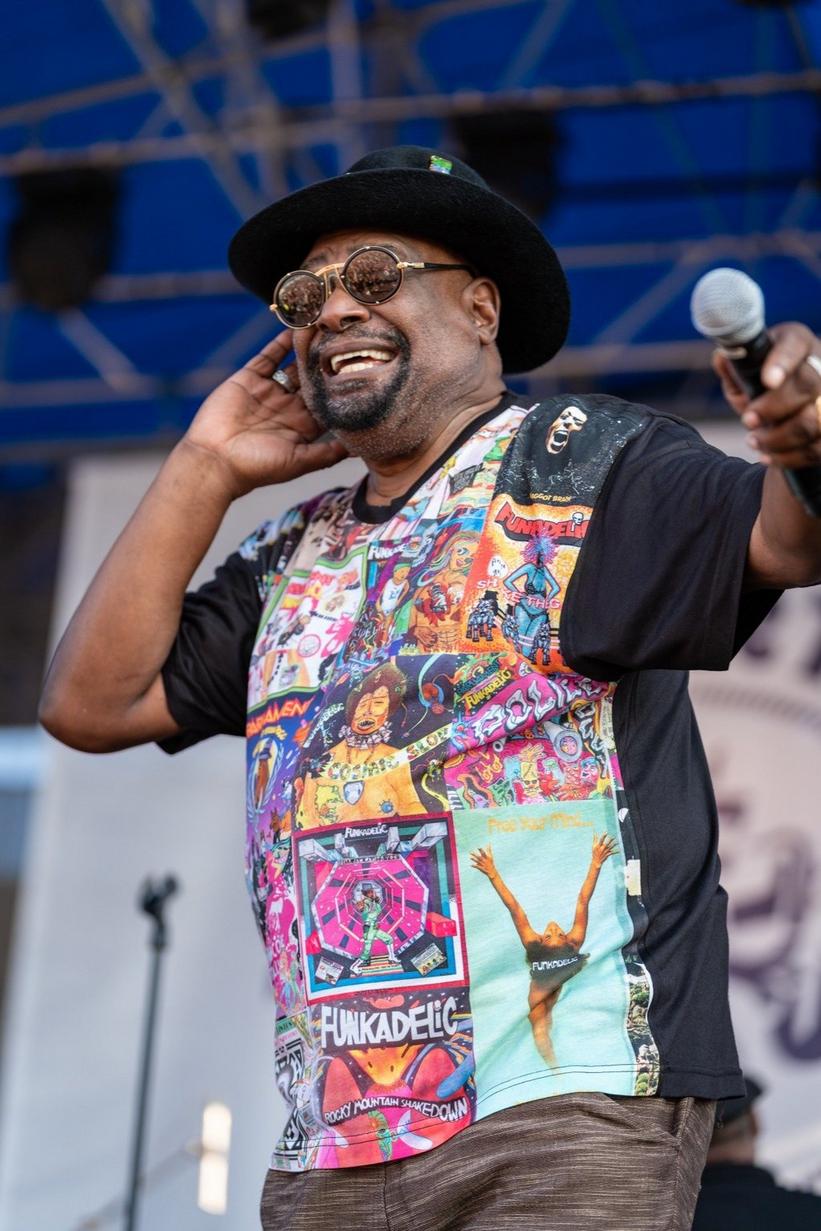 The Recording Academy will honor its 2019 Special Merit Awards recipients with "GRAMMY Salute To Music Legends," an awards ceremony and live tribute concert on Saturday, May 11, at Dolby Theatre in Los Angeles.

Also being honored is Jeffery Redding, this year's recipient of the Music Educator Award presented by the Recording Academy and GRAMMY Museum.

Presenters for the evening will include GRAMMY winners Cheech & Chong. Additional performers and presenters will be announced shortly. Tickets for the event will be on sale via a Ticketmaster pre-sale, beginning today at 10 a.m. PT. The password to access the pre-sale is LEGENDS.

The Recording Academy will produce "GRAMMY Salute To Music Legends" in partnership with THIRTEEN as part of the "Great Performances" series on PBS, set to air later this year.

Previously held during GRAMMY Week, this is the fourth year the Recording Academy has celebrated the Special Merit Awards with a stand-alone TV event and musical tribute. In addition to the tribute concert, special celebrity guests will present recipients their award statues and guests will enjoy never-before-seen video packages celebrating each of the honorees' contributions to the music industry and our cultural heritage.

The Making Of Black Sabbath's "God Is Dead?"

(The Making Of GRAMMY-Winning Recordings … series presents firsthand accounts of the creative process behind some of music's biggest recordings. The series' current installments present in-depth insight and details about recordings that won 56th GRAMMY Awards.)

(As told to Bryan Reesman)

It's really weird with this band. Time just seems to fly and you don't really notice the parts in between. We're always keeping in touch with each other, so when we got together to [record 13] it felt like a natural thing to do. We tried to do it in 2001, but it felt forced and we abandoned it back then. This time it was a now or never kind of thing, and we just got on with it.

Tony [Iommi] came up with most of the music, and then we all worked together to arrange it. Ozzy [Osbourne] always jams along to us, and he came up with the title "God Is Dead?" He remembered the [1966] Time magazine [cover story titled] "Is God Dead?" — but he remembered it as "God Is Dead." I had a mini-argument with him about it. I looked it up online and showed him that it was "Is God Dead?" Then I read the Nietzsche philosophy about it. [Editor's note: "God is dead" is a widely quoted statement by German philosopher Friedrich Nietzsche.]

I wrote it about a person who thought it was completely revolting to think that somebody would say that, and it sticks in his head and he keeps hearing it in his mind. So he turns violent in the end and sets out to murder everybody. It was also inspired by the shootings that were going on at the time in the States. People were saying that "God told them to do it," and stuff like that.

That was one of the first songs we started writing together, so that probably took the longest to [finish]. There was a lot of work before we got to the studio, and we knew that was a good song. The lyrics were written the night before recording them. The only lyrics that I had written [prior to recording] were "Dear Father" like a year before we went into the studio, and that was because of all the priests being exposed, no pun intended, on the news.

The trouble with me is if you give me a year to do something, I'll do it on the 364th day. That's the way I work. The more pressure, the more I come out with. If you give me loads of time to do something, I can't do it. If it wasn't for [producer] Rick Rubin insisting that I do the lyrics, I probably wouldn't have done them anyway.

Rick Rubin brought [Rage Against The Machine/The Last Internationale drummer] Brad Wilk in to do the album. I thought he was great. He auditioned for like a week, and at first we thought he wasn't going to work. We did a couple of old [Black] Sabbath [songs] like "War Pigs" and "Iron Man," and he just gradually fell into it. He was really nervous at first, and we really didn't communicate that much with him. We said, "Rick, you picked him so you bloody get him up to speed." So he did. He went in and guided him on what direction to do the drumming.

It was really unexpected [to win a GRAMMY] because when you're doing an album you don't think about awards, especially our band. It was a good surprise.

(At the 56th GRAMMY Awards, Black Sabbath won Best Metal Performance for "God Is Dead?" — marking the second win for the band in that category. Co-written by Geezer Butler, Tony Iommi and Ozzy Osbourne, the song also earned a nomination for Best Rock Song. It's featured on the band's 2013 album 13, which peaked at No. 1 on the Billboard 200 and earned a nomination for Best Rock Album.)

(Lifelong metal fan Bryan Reesman wrote the liner notes for the 2008 reissue of Black Sabbath's 1981 album Mob Rules. He contributes to GRAMMY.com, Playboy, Inked, American Way, and The Costco Connection, among other outlets.)

The event will tape on July 11 at The Beacon Theatre in New York, the host city of the 60th GRAMMY Awards.

Led by GRAMMY-winner Paul Shaffer as musical director, the tribute concert will feature rare performances by honorees and never-seen renditions by artists they've inspired. Additional performers will be announced.

In addition to the tribute concert, special celebrity guests will present recipients their award statues and guests will enjoy never-before-seen video packages celebrating each of the honorees' contributions to our cultural heritage.

Now in its second year, "GRAMMY Salute To Music Legends" will be produced in partnership with PBS' "Great Performances" series, and will air on the network later this year.