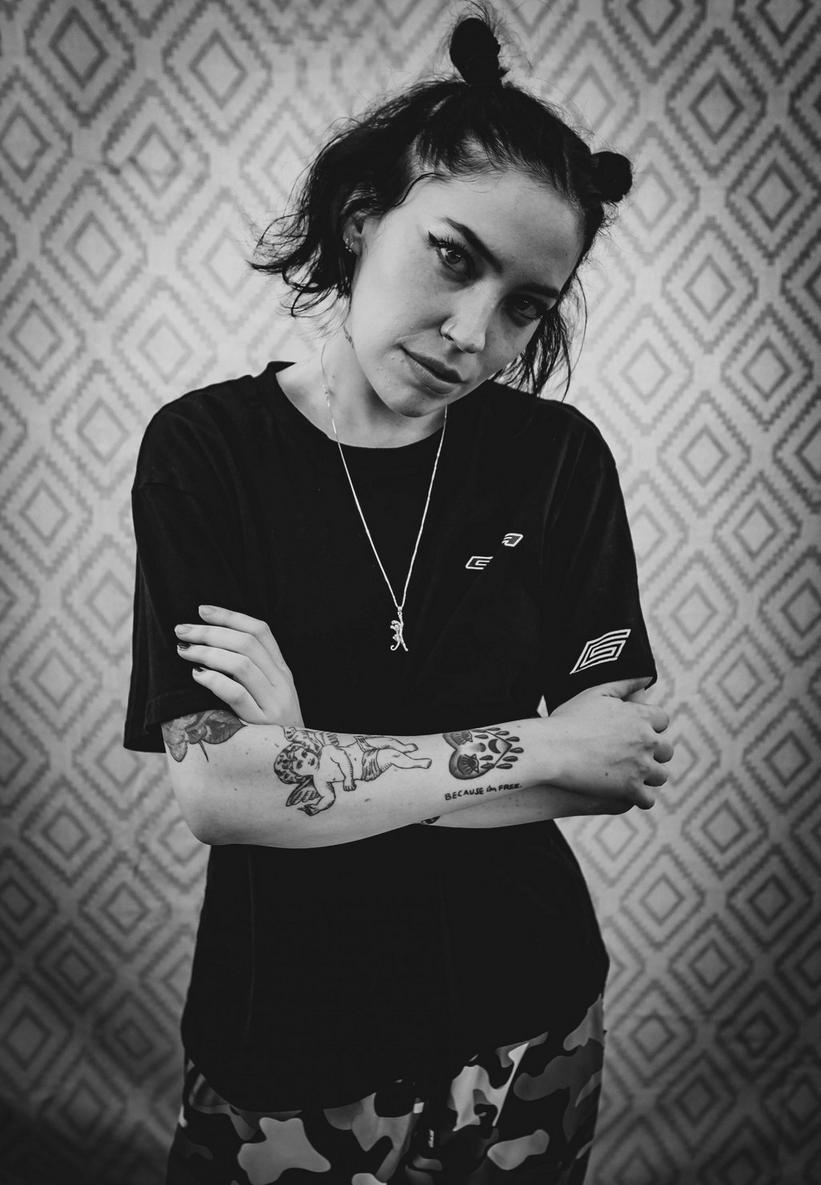 Backstage at ACL, we spoke with the frank and fun singer/songwriter about her latest single, debut album, and opening for a Beatle

Bishop Briggs released her debut album Church Of Scars in April 2018, fulfilling the promise of her viral hits before it, such as "White Flag" and "River." The album reached No. 29 on the Billboard 200 in May. Backstage at ACL, we caught up with the singer/songwriter to discuss the album, her latest single, "Baby," and how it feels to play on the same stage just a few acts before Beatle legend Paul McCartney.

The album title comes from its single "Hallowed Ground," confessing her sacred space within will not be limited or confined by the emotional damage that marks her heart. Facing inner darkness and grooving with it has become a signature element of her multi-faceted style.

Briggs' recent release, "Baby," extends that premise to relationships.  The result was refreshingly frank, although — and probably because — she hadn't considered all of the consequences of writing with such honesty. "That song really came from a place of, 'What would I write if I was just talking to friends and I didn't release it? What would that be?'" she confided. "That was the song, more of a joking-with-friends thing. Didn't think about telling my mom and dad."

The town of Bishopbriggs in Scotland was her parents' place of birth, a suburb north of Glasgow that's the origin of her stage name. She debuted the track for them online. "I played it for them over Skype and it wasn't until the chorus hit that I thought, 'My face is burning,'" she told us. "It was straight up burning, but I was like, 'They need to know.' They're sweet Scottish people. They need to know."

Bishop Briggs' tour schedule has several remaining performances in North America until Dec. when she starts on her tour of Australia.