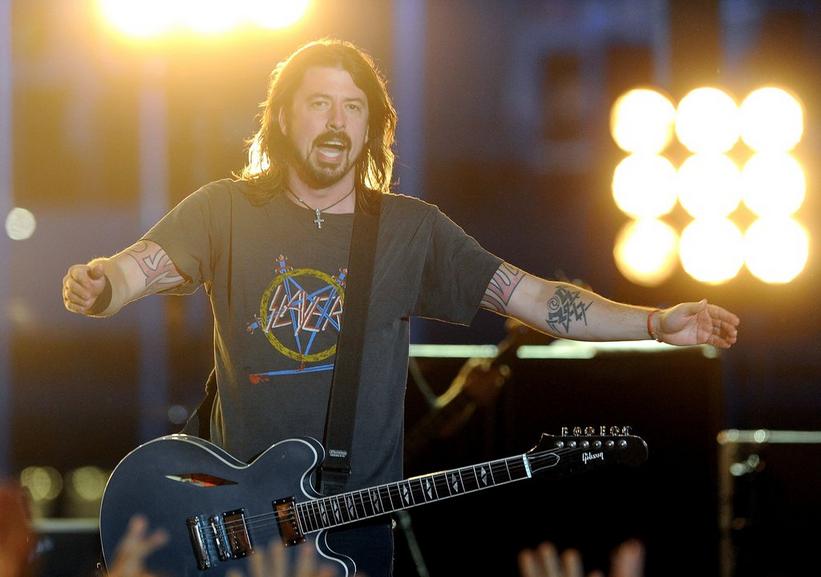 Rock out with Bruce Springsteen, the Foo Fighters, Arcade Fire, White Stripes, and more, by watching past jamming GRAMMY performances on Apple Music

The GRAMMY Awards do indeed rock. Need the high-octane proof? You'll find it in a special curated batch of great rock moments from Music's Biggest Night, featuring the likes of Bruce Springsteen, Metallica and the White Stripes to the Police, Melissa Etheridge and the Foo Fighters.

Thanks to the Recording Academy and Apple Music's exclusive commemorative video collection in celebration of the 60th GRAMMY Awards, you can now binge-watch these amazing GRAMMY telecast performances.

The collection features metal band Metallica's slammin' 1989 version of their anti-war opus "One" at the 31st GRAMMY Awards. For a quieter performance, catch Beck at the 39th GRAMMYs for his "Where It's At." And who could forget Bob Dylan's Soy-Bombed performance of "Love Sick" at the commemorative 40th GRAMMY Awards?

At the 46th GRAMMYs, the White Stripes played their now-classic "Seven Nation Army." Representing the female badaes of the genre, Joss Stone and Melissa Etheridge teamed for a medley of "Crybaby/Piece Of My Heart" at the 47th GRAMMY Awards.

The Police shone the red light on the 49th GRAMMY Awards when they performed their classic hit "Roxanne." The next year, at the milestone 50th GRAMMYs, the Foo Fighters got down and dirty for a performance of "The Pretender." Arcade Fire showed what they were made of at the 53rd GRAMMY Awards with "Ready To Start."

The Lumineers turned the genre on its head with a little alternative flare when they performed "Ho Hey" at the 55th GRAMMYs. That same year, the Black Keys hooked up with the inimitable Dr. John and the Preservation Hall Jazz Band for "Lonely Boy."

Imagine Dragons literally lit the stage on fire at the 56th GRAMMYs with Kendrick Lamar for an explosive reimagining of "Radioactive." Rounding out the collection is Alabama Shakes' earthshaking version of "Don't Wanna Fight" at the 58th GRAMMY Awards.

All of these performances and more are available now, only on Apple Music. Watch on Applemusic.com/GRAMMYs.