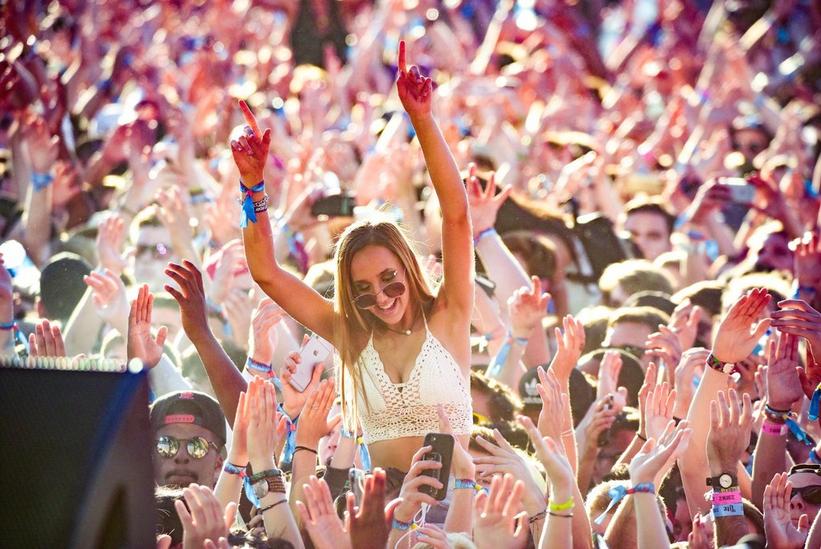 When the city that never sleeps starts warming up, so does the festival scene — here are nine ways to do NYC right this summer

It's simple, really: From Woodstock in 1969 to Coachella in 2018, music festivals remain the best way to see as many of your favorite artists and discover new ones — all in the same weekend. There is a reason music fans travel all over the world each summer to catch a vibe at their festival of choice.

But if you live in New York City, you have more events, parties, and concerts to choose from than you can possibly hit in one lifetime, much less one summer.

Since we've already looked this year's list of must-attend music festivals across the country, and provided our checklist of festival essentials, now it's time to zero in on the Big Apple to see what's got the city lit this summer. Here are nine New York music festivals, including some surprises, not to be missed in summer '18.

Dates: May-October
Location: Central Park, plus 17 other neighborhood parks throughout the Five Boroughs
Lineup Includes: Talib Kweli, Rhiannon Giddens, Mac Demarco, Tokimonsta, Liam Gallagher, Mariza, Kool And The Gang, Jason Mraz
The Scene: Although this summer-long festival is based in Central Park, SummerStage comprises mostly free shows, festivals and benefit concerts to parks all over the city, providing countless affordable alternatives to today's often-high-priced festival scene. Hosted by City Parks Foundation, SummerStage's sprawling 2018 lineup touches many genres and formats, meaning there's probably something to see no matter what you're into. For instance, NYC jazzheads can go to the Charlie Parker Jazz Festival at Tompkins Square Park Aug. 23–26 at a price that can't be beaten: free.
Connect: @SummerStage

Date: May 19–20
Location: Brooklyn Steel, Brooklyn
Lineup Includes: Angel Olsen, Animal Collective, Au Revoir Simone, Jim James, Flying Lotus DJ set; talks with David Lynch, art exhibits, meditations and more
The Scene: And now for something completely different. Acclaimed director David Lynch will bring his festival of disruptive music, art and discussions to Brooklyn for the first time ever in 2018. With a solid lineup of indie artists and rare DJ sets, you can come for the music and stay for the experience, as Lynch curates this offbeat, two-day fest to include screenings of some of his finest work — including Blue Velvet, complete with a discussion with lead actress Isabella Rossellini. Be prepared to be uncomfortable, as Lynch's signature aesthetic can be as challenging as it is brilliant. As Lynch once said, "I don’t know why people expect art to make sense when they accept the fact that life doesn’t make sense."
Connect: @FestDisruption

Date: July 10–14
Location: The Stewart Hotel, Manhattan
Lineup Includes: TBA
The Scene: Much more than just a festival, LAMC brings together the Latin Alternative music community for showcases, panel discussions, parties, and more – or as the New York Times put it, "LAMC is to Latin alternative the way the Sundance Film Festival is to indie movies.” This year will be the conference's 19th year, the LAMC has grown into the premiere platform for the evolution of Latin music in the U.S. by celebrating artists pushing the boundaries of traditional pop, rock, jazz, metal, and other genres. Each year the conference hands out the Discovery Award to up-and-coming Latin talent, and GRAMMY-winning artists such as Pitbull and Calle 13 have participated in the past, making the event a great place to check out talent at all levels.
Connect: @TheLAMC

This is the LAMC from LAMC on Vimeo.

Date: July 27 – 29
Location: Randall's Island Park
Lineup Includes: The Weeknd, The Killers, Janet Jackson, The War On Drugs, Odesza
The Scene: Serving as Goldenvoice's "Coachella of the east," newcomer Panorama Music Festival launched in 2016, initially creating some competition with Governors Ball. Now that the festivals are spaced apart by almost two months, they complement each other, offering New Yorkers another chance to enjoy Randall's Island Park and hear some of the biggest acts in music.
Connect: @PanoramaNYC

Date: July 9–14
Location: Multiple locations throughout Brooklyn
Lineup Includes: Black Star, Talib Kweli, Yasiin Bey
The Scene: Billed as NYC's largest hip-hop cultural event, Brooklyn Hip-Hop Festival showcases the positivity of hip-hop culture with a variety of educational and entertainment events, including panel lectures, exhibitions, movie screenings and even a family-friendly block party. In its 12-year history, everyone from Nas to Jay-Z have made appearances at this conference and festival produced by Brooklyn Bodega, making this week-long celebration a must for anyone in the hip-hop industry and fans alike.
Connect: @BodegaAgency

Date: Aug. 30 – Sept. 2
Location: Randall's Island Park, New York City
Lineup Includes: Martin Garrix, Kaskade, Marshmello
The Scene: Dance music's premiere New York gathering, Electric Zoo's website has a countdown clock to what it calls "the biggest, wildest party New York has ever seen!" A bold claim, for sure, but not unreasonable as the festival is celebrating its 10th birthday this year. With 50-plus artists still to be announced and added to an already top-shelf lineup, Electric Zoo has all summer to gear up for the season's closer at Randall's Island Park.
Connect: @ElectricZooNY

Date: Sept. 29–30
Location: Forest Hills Stadium, Queens
Lineup Includes: Hosted and curated by The National, featuring Future Islands, Jason Isbell And The 400 Unit, Cat Power, U.S. Girls, Cigarettes After Sex
The Scene: GRAMMY-winning indie band The National will host their first-ever New York festival this year, offering two days of great bands with the hosts playing both shows. "Our show last October at Forest Hills Stadium was one of our favorite shows in the history of the band," The National guitarist Aaron Dessner shared in a statement. "The incredible legacy of the place and the fact that it still feels intimate even given its size, we started talking immediately about finding a way to come back for multiple nights with friends. We couldn't be happier to announce these shows in September with some of our favorite artists."
Connect: @TheNational