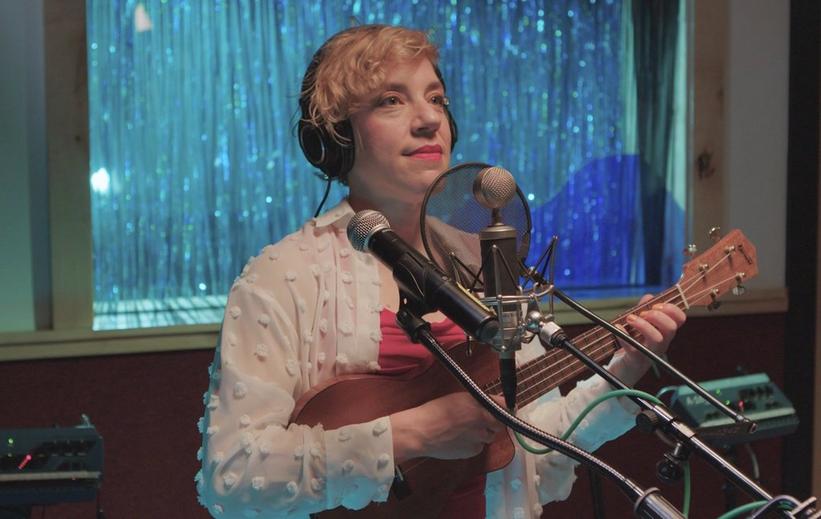 In the latest episode of Press Play At Home, the Oakland, California, art-pop band Tune-Yards perform an abstracted version of their song "nowhere, man," from their 2021 album, 'sketchy'

Tune-Yards' new track, "nowhere, man," fires up like a scratched CD—in the best way possible. "People want to hear you sing," frontwoman Merrill Garbus repeats at the top—and repeats and repeats—as the arrangement staggers to its feet.

Far from being an inscrutable art project, though, "nowhere, man" hooks you early, with an off-kilter sense of pop structure. Plus, it’s a response to a real-life reproductive rights issue: a 2019 Alabama law that banned abortion under any circumstances.

"I felt constrained and terrified," Garbus told The Independent in 2021. "I am aware that people will call it an 'angry song' but it was more complicated than just anger. Anger sounds like a flattening word. It was me questioning: What do I have control over?"

In the latest episode of Press Play At Home, listeners can feel the might of "nowhere, man," which is featured on Tune-Yards' 2021 album, sketchy.

Check out the heaving, psychedelic performance above and click here to enjoy more episodes of Press Play At Home.