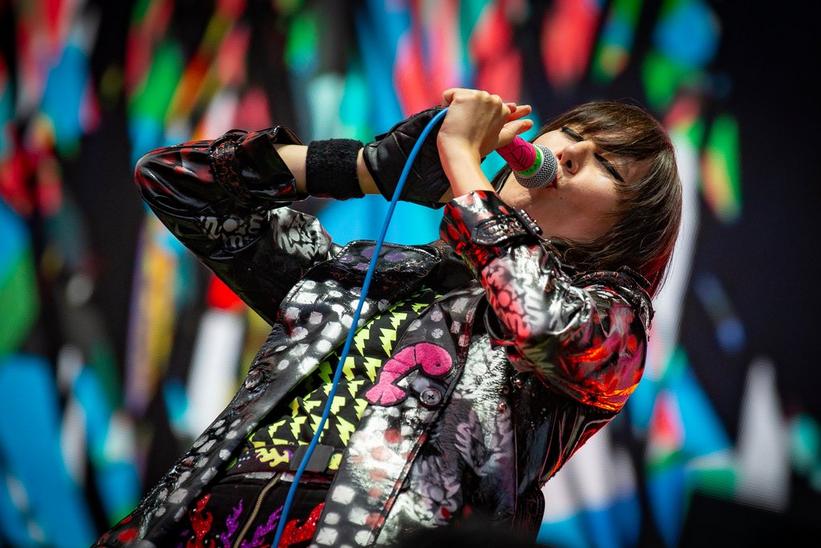 Taking place at Chicago’s Union Park this summer, the 15th edition of Pitchfork Music Fest will go down the weekend of Friday, July 17 through Sunday, July 19

For its milestone 15th year, Pitchfork Music Festival has announced its 2020 lineup.

Taking place in Chicago's Union Park this summer, GRAMMY-winning group The National, GRAMMY nominees Run The Jewels and the Yeah Yeah Yeahs are set to headline the festival's main stage on the weekend of Friday, July 17 through Sunday, July 19.

Other artists featured on the festival’s lineup include Angel Olsen, Yaeji, Waxahatchee, Maxo Kream, Kim Gordon, Twin Peaks and Danny Brown, among others. Pitchfork Fest will also serve as the home of the first Fiery Furnaces performance in 10 years.

Single-day passes are also available, with single-day general admission running at $75 and single day PLUS passes costing $160. Tickets can be purchased here.

Although the festival does not take place until mid-summer, in celebration of the festival's rollout Pitchfork is hosting a series of free parties at the Chicago Athletic Association tonight (Feb. 19) and tomorrow (Feb. 20). More information on the Pitchfork kickoff parties is available here. According to a statement, Pitchfork will host additional 15th-year experiences which will be announced soon. 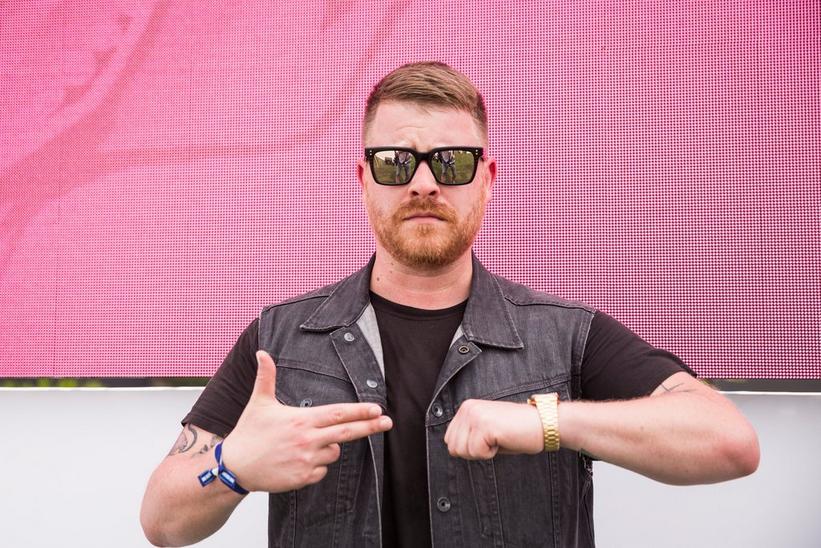 El-P, rapper/producer and one half of the tag-team alternative hip-hop duo Run The Jewels, announced today on Twitter that he has officially been tapped to create the score for a new biopic about the later life of infamous Chicago mobster Al Capone.

Fonzo will be directed by Josh Trank, best known for his work on Chronicle and Fantastic Four. Trank shared some heavy praise for El-P (real name Jaime Meline) in a press release announcing his involvement on the project, saying, "Since I was 14 years old, El-P’s music has been one of the most important creative influences in my life."

For his own part, Meline said he was "a huge fan of everyone involved," with the cast including such names as Tom Hardy, Linda Cardellini, Jack Lowden, Matt Dillon, Neal Brennan, and Kyle MacLachlan.

cats out the bag. i’m scoring FONZO.   psyched to get the chance to do this shit. in celebration, here’s the only picture i can possibly say i arguably look more handsome than tom hardy in. thanks to everyone involved for giving me this opportunity to get weird. pic.twitter.com/wSKZD32KD5

The GRAMMY winner's U.S. tour dates will include an unexpected list of exciting support acts

GRAMMY winner Lorde's 2017/2018 world tour in support of her critically acclaimed sophomore album, Melodrama, lands back in the U.S. next spring, and today she announced an unlikely, but impressive, list of support acts.

Leading the charge is the explosive underground hip-hop duo Run The Jewels, but equally anticipated are Swedish electropop singer/songwriter Tove Styrke and Japanese-American indie rock songwriter Mitski.  A fourth supporting act remains to be announced for eight of the tour dates.

The U.S. leg of Lorde's 2018 Melodrama. World Tour returns to stateside on Mar. 1 in Milwaukee, and will include 31 show dates before wrapping on Apr. 15 in Nashville. Tickets are still available via Lorde's website. 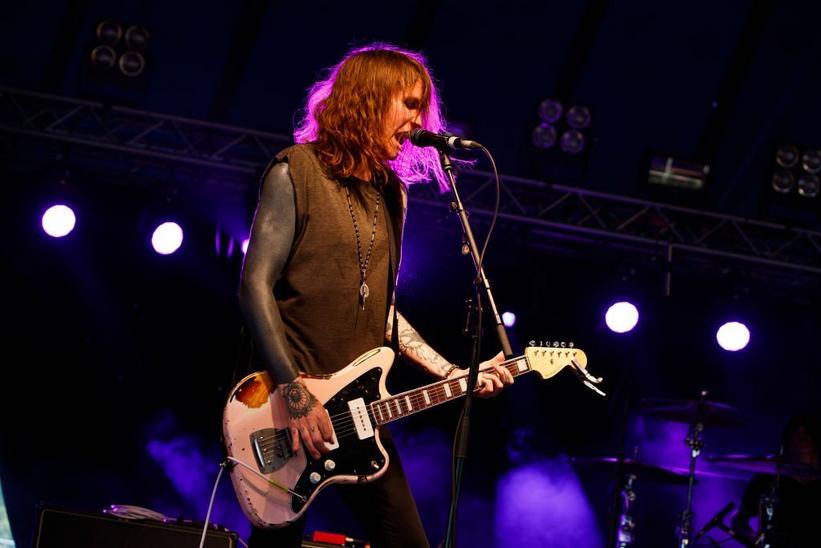 In addition to live content, archival Bonnaroo sets from Metallica, Beastie Boys, Alabama Shakes, Tears For Fears, Run The Jewels, the xx and more will be streamed during the three-day online event

Today, Sept. 16, Bonnaroo announced a star-studded three-day "Virtual Roo-Ality" fest, streaming on their YouTube channel Sept. 24–26. The event will feature both live and archival music sets, as well as programming like Hayley Williams' Sanctuary of Self Love, which she has hosted at past Bonnaroos.

David Lynch, Laura Jane Grace, Charli XCX, Nubya Garcia, Tank and the Bangas, Chromeo, CloZee, Billy Strings, Big Gigantic, Ashley McBryde, Denzel Curry, Jamila Woods and many more will make live appearances during the weekend. As for the archival sets, of which over a dozen will be aired, Metallica (2008), Alabama Shakes (2015), Tears For Fears (2015), Run The Jewels (2015), the xx (2015), Nile Rodgers & CHIC (2018) and the Beastie Boys (2009) will be featured. The Beastie Boys show was their final live performance and will be its full-length streaming premiere.

Bonnaroo 2020 was originally slated for June 11–14 with Lizzo, Tame Impala, Flume, DaBaby and others on the stacked lineup. It was later postponed to Sept. 24–27 due to COVID-19. Like other festivals, it has since been pushed to 2021 and, now, the virtual event will offer a musical balm during these live-eventless times.

The entire three-day event will be streamed on their YouTube channel, and some content will be available after on-demand. The event is free to tune in to, but Bonnaroo will be fundraising for voting rights org HeadCount.org and the ACLU. As their website explains, "donations collected during the weekend for these and additional organizations will be made by the Bonnaroo Works Fund, whose mission is to foster community, creativity and positive influence."

The schedule will be announced soon. For the full lineup and more info on Bonnaroo Virtual Roo-Ality Lineup and Bonnaroo 2021, visit their website.

Trent Park On Crafting His New Music Video For "Fly," GRAMMY U & More

For the latest GRAMMY.com poll, we want to know which track off of Swift's new album you love the most

Last week, 10-time GRAMMY winner Taylor Swift released her eighth studio album, folklore, with less than 24 hours of advance notice ahead of its July 24 drop. Needless to say, Swifties and media outlets have having a field day analyzing the album's fictional and non-fictional characters and digging for Easter eggs.

For the latest GRAMMY.com poll, we want to know: which of folklore's 16 tracks is your favorite?

Read: How Girls Make Beats Is Making The Music Industry A More Welcoming Place For Girls Of All Backgrounds

Swift's folklore is a tip-toeing journey through the tree-filled forest of the cover art, with whispering sepia-toned tales of long-ago love. It has help from "some [of her] musical heroes." She created the masterpiece during quarantine with virtual collaboration from GRAMMY-winning alt-rock heavyweights: Justin Vernon of Bon Iver, who co-wrote and duets on "exile," The National's Aaron Dessner, who co-wrote or produced 11 of the tracks, and long-time collaborator/super-producer Jack Antonoff.

Listen to folklore in full below, and watch the Swift-directed, socially distanced music video for "cardigan" below, if you need a refresher before you vote in our poll above.

The Naked And Famous Talk New Album 'Recover,' Covering The Weeknd & Allyship With The Black Community